I’m sure you all have heard of the recent laws being passed in several states restricting women’s abilities to get abortions. For many, it’s a victory in the fight to recognize the human right to life for the unborn, but for others, it comes as a severe blow for women’s rights to her bodily autonomy. Abortion is an incredibly heated topic, perhaps more so than all the others I’ve covered on this blog! Regardless of where you personally stand on the issue, I think much of the controversy rests in the fact that many pro-choice people miss the points the pro-life side is trying to make. The pro-choice side sees it as a struggle against the “patriarchy” over obsessive control over women’s bodies and has decided that men have no say in the matter, and argue that person hood and the rights that come with it don’t start until birth. However, the pro-life arguments I have heard have nothing to do with obsessively controlling what women do with their bodies, and all about protecting any ethical concerns regarding the person hood and right to life of the developing fetus. To many pro-life people, they define those rights beginning at conception. Some define it after a heart beat begins at around 6 weeks. Some factor in the when ability for pain and suffering would be present in the equation.

As to my own personal views on the matter, I will only say this right now: The issue is not all black and white, but ANY viewpoint or decision on the matter has to be about the child’s interests, NOT what’s merely convenient for mom! I’m honestly enraged by the blasé attitude of “my body my choice”, because the child growing inside of you is its own entity despite needing your body for survival for the first 9 months. Yes, bearing a child to term is a drain on your body, but just because your already born kids are a drain on your bank account doesn’t give you the moral right to terminate your parenthood over them, now does it?… Why not a “my bank account, my rules” clause too that relives parents of the legal obligation to feed and clothe their kids as well? A fetus depends on your body but is NOT part of your body and regardless if you are pro-choice or pro-life that’s just biology. It is not your cells. It is not your DNA. It often is not your blood type, and what many women find out the hard way, nor your Rh factor. The REAL crux of the issue is not about whether or not it’s biologically part of your own body, but the point at which it gains its own moral person hood and human rights in its own interests apart from yours, which is a nuanced and contentiously debated issue!

And nuanced and high stakes ethical issues require all sides be on the same page as to what’s being argued. I can respect arguments about the quality of life for the child after it’s born, as part of honoring life is understanding that all life is sacred, but the quality of that life matters just as much as being biologically alive. I can understand arguments about the mother’s health and safety in extreme cases other than mere inconvenience or some discomfort. What I cannot and will not consider though, is the total disregard for the fact that there even is a separate life to consider in the equation!

The radical Leftist pro-choice side has lost more and more credibility with me the more they deny there are any rights to be considered for the child and couch their arguments in terms of convenience and argue strawmans about some mythical right-wing fundamentalist “patriarchy” in a mass conspiracy to get women pregnant and keep them that way. Really? The guys would have to pay child support for the next 18 years then! If they were being selfish and callous, they would encourage MORE abortions! He wants to cover up his mistake too… Oh, and the idea terminating a life is merely a “medical procedure” sounds chilling to both sides in any other context… Conversely, I have only gained more respect for pro-life arguments which do consider the interests of the unborn child above all else, because that’s what a parent does, and I agree parenthood morally begins once you know you’re pregnant, (and many on either side agree in terms of drinking and drugs while pregnant…) and parents put their children first above all else. Do I think the mother has zero rights herself? No, but while every life is sacred and person deserving of their human rights including mom, a mother puts her children first.

However, we could avoid this entire issue and the ugly realities it brings out for both sides of the debate if people could have the self control to not pop out unwanted kids then feel the need to clean up the mess! In that I agree with the pro-choice side: Your body, your choice, but also your consequences! With freedom, comes responsibility ladies. If you expect a man to step up to the plate if you choose to keep your baby, then why can’t you hold yourself to that same standard? Sex is NOT a right, and it’s certainly not a right to bring a child into this world you can’t care for and won’t want to! Prevention is the best cure!

Oh, and to the women on sex strike not raising future kids they will resent or turn into soy boys or radical man haters, thank you for this wonderful gift to humanity! 😉 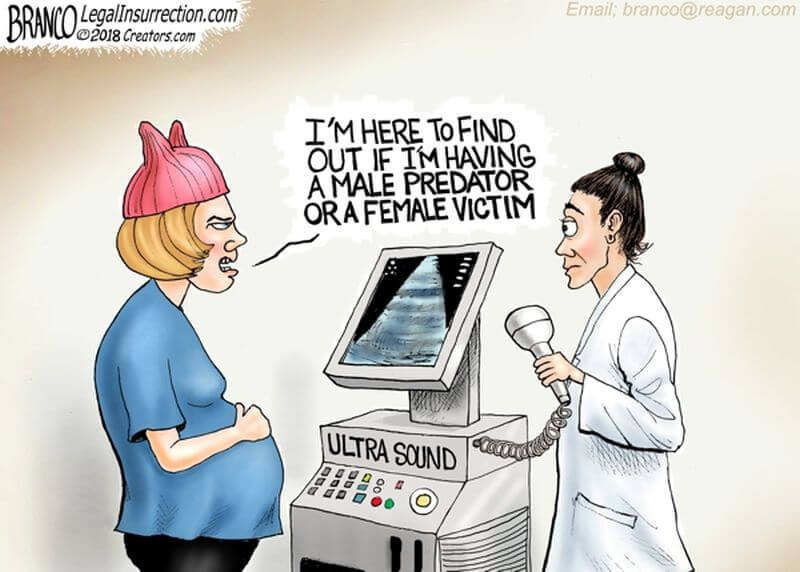 38 thoughts on “Your Choice, Their Body…”