Catcalls: Every woman’s fear. Imagine walking down the street, and men whistle and shout lewd things at you. If you are like most women, this intimidates you and makes you feel scared. Catcalls are degrading and disrespectful to women, and most people can agree that they would not want it to happen to any family members or friends. However, some blow it out of proportion. To some, such as many radical feminists, cat calls are right up there with an actual sexual assault! This however, goes too far. While cat calls are indeed quite disrespectful and should not be tolerated, one cannot compare it to a physical act of aggression. The reason why is that cat calls are words, not deeds. Unlike a man grabbing you and not letting you go, you can walk away from and choose to ignore words.

In the politically correct world, words have been given the power of real punches and assaults. Words can crush your soul and demoralize you, make you feel small and intimidated. What ever happened to the phrase “sticks and stones will break your bones but words will never hurt you?” I’m not trying to say that certain words are not meant to be very hurtful and degrading, but words are what we make them to be and nothing more. Ever heard of ignoring the bully takes its power away? All those mean girls who insulted you, calling you names, their purpose was to hurt you by using their words to wound your psyche. If they realized those words would have no affect on you, and you didn’t care, then they would stop, as it takes away their power. Words are what we make them to be, we decide how powerful a word is. Technically, all words really are is a bunch of sounds given a meaning in our brains. What we make them to mean, and the power we give words is what makes words have such sway over us.

This does not justify cat calling in any way. Men do not have the right to make women feel small and insecure and fearful. No respectable man would harass a respectable lady. Men who catcall are like the bully on the playground. He is taunting your womanhood, making you feel less then as a human being, degrading you to your sex appeal. The question is, will you let him? Will you let his lewd and indecent words into your head and erode your confidence, or just shrug them off as words from a very insecure bully? Will you let those words cut into you, or walk away knowing they come from ignorance and insecurity? What is a lady to do in the face of such ungentlemanly behavior? I propose we ignore it. Take the power back and silence the bully by making his words meaningless. I think the true fear, in catcalling, in fact, is not what is said, but what might be implied. Why I fear cat callers is because, a man so ungentlemanly and blatantly disrespectful of women to cat call could easily move into the physical domain. The bully who calls you names is just as easily likely to slam your head in to the lockers, an an analogy. A man who makes lewd remakes to women could easily grab her and assault her. Since we’re not mind readers, we simply don’t know if he will end at words alone, or have even more sinister intentions.

However, I still propose we ignore the catcalls. We just pass by with our heads held high, and ignore the words. This does not mean we can’t keep an eye out in case he makes a move, to defend ourselves, but most cat callers are too cowardly to actually do much of anything. Scarily, the quiet ones seem the most likely to be the real threat. Cat callers are insecure bullies, and we mustn’t cater to them. Ladies; we are not damsels in distress, having to be rescued from mere words. We can ignore what is thrown at us, as the words are meaningless if we make them to be. Indeed, it is noted that the worst insults men hurl at us mean simply to be a woman. Ladies of Reason take pride in our womanhood, and are not afraid to stand up for it. We do not shrink from being women, but embrace it. Not to mention, do not forget our own actions and what they tell others, (i.e provocative dress and actions of our own) . Many men who justify cat calling like the power it gives them. Shall we let them have it over us? Those ungentlemanly men are not worth a lady’s time nor thoughts.

Pearls are an elegant way to embrace your womanhood! From pearl necklaces, to pearl earrings, to pearl accents on clothing such as dresses and cardigans, pearls have been used since antiquity for feminine beauty! White pearls are beautiful, and so are light pink colored ones! More colorful pearls can be used in more bold and playful outfits, while white and soft pink or ivory pearls add a touch of class to any outfit. A plain outfit is made all the more elegant with a few pearls, and a fancy one all the more stunning! 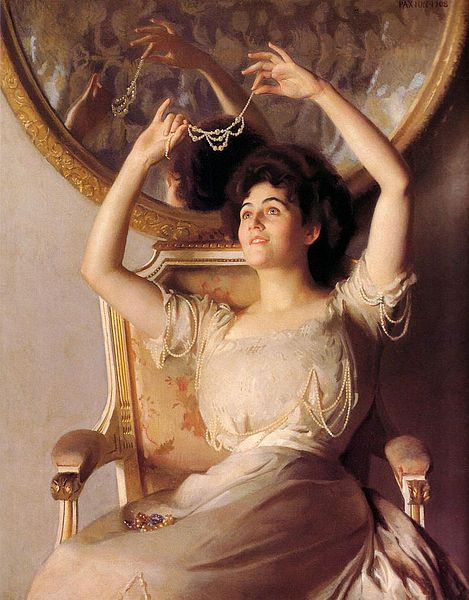 A somewhat stranger position the feminist movement has taken up has to do with none other than women’s periods. Why this topic is one of contention seems to have to do with an alleged double standard between men and women’s bodily functions, in that women’s bodies are taboo, whereas men’s bodies are celebrated. Their main issue with women’s periods: It’s taboo to talk about them in mixed company. They claim that men can talk about all their bodily functions, such as getting erections and ejaculating and it’s looked upon as good, whereas women’s menstrual cycles are disgusting and off limits. I would argue that both topics are off limits in mixed company though! The radical feminists who bring up this issue think that being able to talk to men about their periods will be the egalitarian solution to this problem. However, I counter that notion with how many men openly brag about their erections in mixed company and women. For most women, talking intimately about their periods with men is seen as awkward, and for most men, talking about their erections and wet dreams with women is equally if not more awkward. In my opinion, this whole issue is one of the most superficial issues the feminist movement has come up with! The ability to complain about your periods and how unfair it is that men don’t have them too is in the larger scheme of women’s issues, pretty inconsequential.

However, I think the reason why it is still talked about so much is that the issue runs deeper than periods. It’s really about women and womanhood being seen as taboo and shameful, and men being seen as ideal in the minds of the radical feminists. They claim that stopping talks about periods with everyone around them is a “war on women” and the “patriarchy” at work. The biggest argument I can counter such an idea about periods with is that yes, it is considered a private matter between women. Also, like other intimate bodily functions, such as urinating and defecating, it is impolite to talk about in mixed company. The same for men’s special body functions. Periods are a part of womanhood, and are unique to women. Why do we need to try to bring men into the picture and experience of women’s periods at all? Ladies, do you really need your husbands and boyfriends to know all the intimate details of your period and its irregularities? How much do you want to know about his inner workings? All the indelicate things unique to the male sex? It is not misogynistic if your husband feels uncomfortable buying you menstrual products. You should be able to buy yourself such intimate needs. Adding to that point to be fair, you shouldn’t need to go out of your way to buy your husband’s viagra or whatever else… There are some things that are better off not shared between the two sexes! Men who are uncomfortable talking about women’s intimate bodily functions are no more misogynistic than than you are misandric for saying “TMI” (too much information) to a guy sharing the inner workings of his nether regions with you! While men and women can share many experiences, some are best left separate! By far, this is one of the most superficial and ridiculous topics covered by A Lady of Reason. Ladies, let’s be reasonable.

(P.S. For those who disagree, might I suggest it’s that time of the month again…)  😉 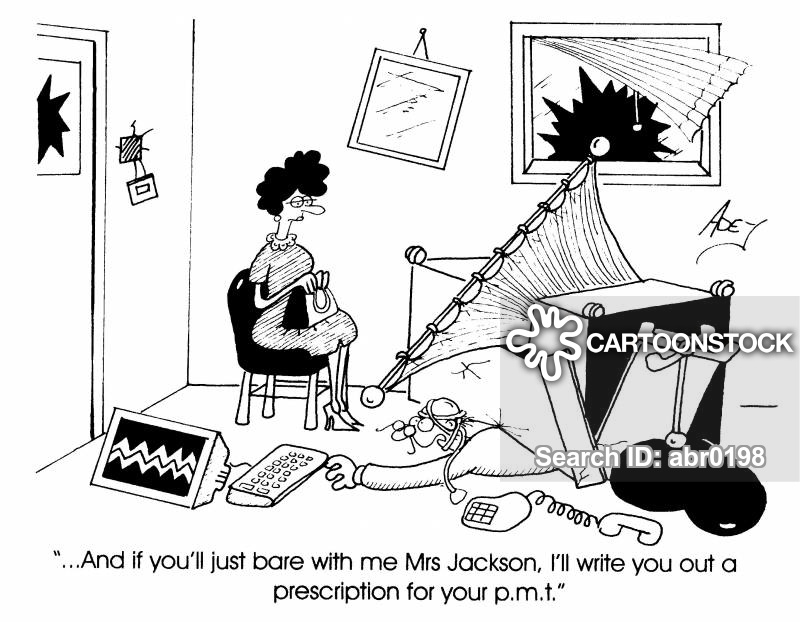 Back to top
A Lady of Reason
Blog at WordPress.com.