Stereotypes: Everyone’s got them, and conservatives are no different! What do you imagine when you picture the standard conservative? For me, it’s a white, straight, middle class, Christian man who lives somewhere down south or in the middle of the country on some rural farmland or a small town with not much diversity. Guided by his deep faith, he wants America to become more traditional again, like in the days of his grandparents or his boyhood. He’s a blue collar salt of the Earth guy who works with his hands and provides for his wife and children. He may not be college educated, but has a wisdom that goes far beyond any formal “education”, lessons shaped by living life and wisdom only gained through years of experience. He doesn’t have much material wise, not many comforts, but his family is rich in love and devotion and his faith fulfills him….

Now, I’ll say right off the bat, despite this image being mostly positive, it can also come off as patronizing and condescending for some, casting the conservative into some sort of romanticized version of some ignorant hillbilly! To put this in less flattering terms, as the Left believes we are:

He is utterly ignorant, barely passing high school and if he were college educated, would be on the Left. His rural settings have not exposed him to other sorts of people, causing his bigotry and xenophobia, or his southern heritage made him come from generations of racists. His religion preaches hatred towards gays and anyone who isn’t white and just like him. His family are oppressed by his patriarchal attitude and his wife nothing more than good breeding stock, like his cattle. His children mere property, especially daughters, with which he does as he sees fit. His only “wisdom” is how to be a complete ignoramus and fear all differences. He votes with his emotion, not his mind at the polls. He’s have a better job, but shuns education as elitist and prefers to make barely above minimum wage. He idolizes and venerates his poverty in mind and material as a virtue…

If you’re not steaming out of both ears by now, kudos to you 😉 This is not in fact, a wild exaggeration of a conservative stereotype, but true, insinuated by much of the radical Left! The Left has indeed openly mocked the faith of many conservatives, mocked many for their blue collar background and yes, implied that they are utterly ignorant and embrace an anti-intellectual stance! To the Left, we are mainly some Bible Thumping fundies who seek to impose our faith on the universe through guilt trips and hell fire, or some deep south hillbilly, or some high school drop out who with more education, would vote Left! We’re little more than knee jerk bigots who recoil at anyone who’s different than ourselves. We hate gays, minorities, oppress our women, and refuse to listen to science! Our blue collar backgrounds are derided and mocked from their ivory towers. In essence, to the Left, we’re the party of ignorance and embrace it!

However, like any stereotype, some fit the mold, others don’t… See, being a conservative myself, I can attest that I fall out of several of their stereotypical categories! For one, I’m an atheist! I don’t look to any god to tell me what my morals are or what society should be like. I have non-religious reasons for condemning things like promiscuity, broken homes, immodest dress, and such that often are criticized by religious groups. Many of my values line up with conservative Christians, and several have made amazing allies and fellow conservative friends and comprise of many of my loyal followers. They, in fact, unlike the bigoted “hell fire and brimstone” stereotype of them, are amazingly open minded and accept me as a fellow ally too despite knowing I’m non-religious. It’s funny when Lefties online try to attack me from a religious angle and are thrown in for a loop when I tell them I’m an not religious! (No, I don’t care about what a 1st century Jewish rabbi from Roman Palestine might have thought about immigration in 21st century America! 😉 )

Another thing, I’m a woman (hence a “Lady” of Reason 😉 ). Indeed, not all women subscribe to the pulls of radical feminism! I don’t respect those who screech profanities, wear vulgar vagina hats and hold signs with toilet jokes! I prefer the lady of generations past over the “Nasty Woman” of today. I don’t agree that men are in a world wide mass conspiracy to oppress the other half of humanity, or that they succeeded as much as the Left think they did. Men and women are equal in dignity as human beings, but not identical in their aptitudes, natures, and abilities. Men are not “sexist” for voicing an opinion contrary to radical feminism, nor are women like me “gender traitors” for voting Republican or for Trump! Women like me and many others who are conservative think their chromosomes don’t determine what they must think, their brains do 🙂

In addition, there are plenty of other things too that make me and others exceptions to the rule: Many conservatives do live on the East Coast or out in California. We just don’t voice it as openly in a sea of rabid liberals. Many conservatives are in white collar jobs, and we know this by how many got forced out by the Left once exposed! Many have gone to college and graduate school, and make up our scientists, teachers, scholars, etc… Indeed, some even created their own journal to publish controversial ideas the Left won’t let them publish in mainstream Left-leaning journals! I myself treasure education, and have always had a life long passion for science and history. Many conservatives are not straight. I know several gay conservatives, and they are well known on social media platforms such as Twitter. Many of us embrace them as we share similar values, and don’t just write them off because they’re gay! Speaking of gay conservatives, they don’t use their sexuality as a political platform or victimhood status…

Many conservatives are also minorities too. Conservatives such as Michelle Malkin, Candace Owens, Thomas Sowell, Walter Williams, etc..etc… They don’t let their race define their opinions, and decry the hypocrisy of white Leftists condescending their race as victims in need of saving! And, not all conservatives are Christian. I know several who are loyal allies and followers on my blog who are Jewish, despite claims that conservatives embrace or condone antisemitism. There even is a Muslim conservative (despite being very rare since the Left aligns with the Muslim community heavily, even radical Muslims) I know about on Twitter who runs The Washington Pundit! Then of course, there’s me having no religion 😉

However, even if a conservative fits the stereotypical mold, it that necessarily negative or bad? It’s true that many who aren’t college educated have more wisdom than 20 college kids put together! People who are down to Earth, and work with their hands are some of the most honest, hardworking people with integrity to a fault! Being blue collar or middle class should not be a sin… Living in the South or in the Midwest does not mean you’re a caveman, and is demeaning and condescending to those who live there and in rural areas to cast them as ignorant hicks! CA and New England aren’t the only places in the country worth noting… A person who is conservative as part of their deep and sincere faith deserves no more mockery, disrespect and derision than you do for your deep heartfelt beliefs. Nor should be forced to violate their deep moral tenets in the name of “inclusion”. People who are poor in possessions aren’t necessarily poor in morals and the love of their family and the fulfillment of their faith or other life philosophy, nor does it mean they should be targets for patronizing scorn for not being as materialistic or as fortunate as you! Plenty of conservative men, such as my father would never oppress a woman or think to treat his wife and daughters as property! Nor turn to white supremacy. Being a white male and conservative is not an indicator of racism and bigotry.

So who is a conservative? A conservative is like anybody else! We’re your neighbors, friends, and family. We’re the ones you invite to the barbecue, over for the holidays, the ones you comfort during the hard times, and laugh with during the fun ones. The ones who you feel you can confide your deepest fears, joys, aspirations, secrets. You may not even have a clue what our politics are, but you do know that when we’re with you, we light up the room and embrace you wholeheartedly with no regards to your skin color, gender, sexuality etc… We’re your coworker. Your colleague. The ones you see in church, or synagogue, or even in your mosque perhaps! Your cashier, waiter, bank teller, realtor, mechanic, lawyer, doctor, teacher, and a multitude of people you will see every day.  And yes, I can’t help but also mention, your president! 😉 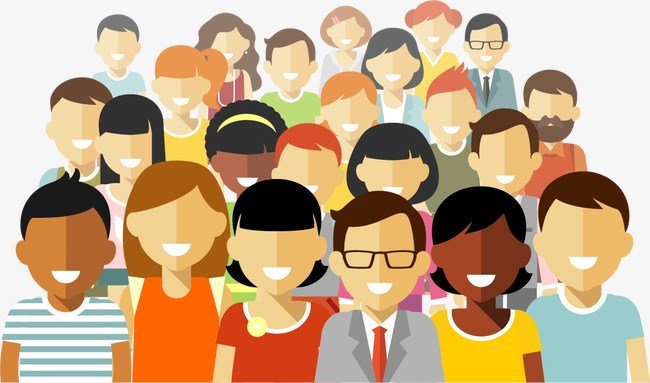 35 thoughts on “Who is a Conservative?”