Admit it: Every woman has something they’d like to change about their bodies. From being taller, to bigger breasts, to a skinnier frame or smaller waistline, hair color, eye color, anything really, we all have something we wish to have instead of what we do. The key to having these normal human insecurities is putting them in perspective. We can all acknowledge them, and it’s okay to not like 100% of your body. No one does, but it becomes detrimental when we let it affect our lives and debilitate us. Even though we wish to look a little different, this does not stop the level minded woman from going out and living her life. The problem with insecurities start when they overrule us and we find ourselves doing unhealthy things to remedy them and don’t go out into the world in fear of them.

There however, is much criticism in society, such as in the media and elsewhere that pressures women to be incredibly skinny and have other achievable traits. Big sex appeal is often advertised by the media and consumerism to pressure women to buy products such as makeup, face creams, hair dye and other beauty products. The media and society is also blamed for eating disorders such as anorexia and bulimia. My argument is though, while the media does send negative messages to women about sexuality and appearance, we should not blame the media for everything wrong about women and their body image.

First of all, every culture has a cultural ideal of beauty for women and men. These ideals are different with every culture, but the key point is that they are merely an ideal. No actual man or woman will completely embody the abstract ideal of beauty, as it is an ideal, not something real people can be fully. Our culture is criticized for having a beauty standard of our own, with the politically correct movement saying that no ideal body should exist since there are many body types. That is true, but the issue is that other cultures are praised for having beauty standards opposite of us, and apparently we aren’t allowed to. Why can’t we have a beauty standard too? What’s wrong with idealizing thinner women? It must be equally as bad in a culture that idealizes more plump women to be skinny.

By far though, the biggest argument is that the media provokes eating disorders like anorexia and bulimia. This might be the case for very unstable women and girls, but does this mean media messages about thinness should be banned for everyone else of a more balanced mindset? Anorexia, for example, is known historically from a little over a century ago! This is not a new disease, and is consider by experts to be a deep set mental illness. A psychological abnormality. Also, consider how many women aren’t anorexic. Millions of women are bombarded by the same messages, but only some develop eating disorders. A tiny fraction overall. Blaming the modern day media and society for some women’s deep set biological mental abnormalities ignores the individual factors, such as the propensity towards eating disorders innately, and how easily influenced the individual is. It seems to infantilize women to censor the media due to some unstable women, just as we might prevent a child from viewing something. Blaming society and the media alone for such issues completely erases the individual responsibility to put their insecurities in perspective. Women who often cannot, and go to extremes such as eating disorders have deep set psychological problems, which the media and society provoked, but did not cause.

Another issue is that some women, due to the media and society literally feel that they must buy beauty products such as makeup and hair styling to be able to get careers and other things. They claim it is because of the “patriarchy”.  They feel that it is men who are pressuring women to look nice and forcing them to buy expensive products and do time consuming beauty regimens. To me, it sound more like being a victim of consumerism. Think of it: Businesses know that women feel obligated to buy their products, so they can name their price and make it expensive, knowing women will be gullible enough to buy it. Sure, men like beautiful women, but women who feel they need to go to extremes in budget and time to look good or else they can’t go anywhere in life are taking it too far. I myself, wear nice clothing and jewelry, but have never personally worn makeup. This never stopped me from being complimented, or getting good jobs I wanted. My skills and resume took care of that. Now, this is only me speaking to that point, but it serves as an example of a woman who is no different from other women, but somehow the effects of the “patriarchy” escaped her? When I buy beauty products, clothes or jewelry, I do it because I like to look pretty, not be cause I feel a literal obligation to buy expensive stuff all the time to feel worth something. Buying beauty products out of obligation, to me does not make you a victim the patriarchy, but a victim of consumerism.

Lastly, the media should not control your lives! The media is entertaining, and can be enjoyable when put in the correct perspective. I see the same billboards of skinny women, and hyper sexualized women as much as other women do. That doesn’t mean I feel the need to emulate them! We are not children who need to imitate everything in our favorite TV shows, books and movies! We are adults, who can understand fact from imaginative fiction. As for the argument that not everyone has had a balanced upbringing and was raised by the media, that’s no excuse. Let’s not be so infantalized and gullible! The media also targets men but it is less of an issue by the politically correct crowd. My theory as to that is we’re seen as vulnerable women, the perpetual victim. Let’s defy that stereotype and show the world we can put our human insecurities in perspective.

In essence, society and the media, while can promote more detrimental messages to women, such as being sexualized, or unhealthy, is not solely responsible for women who take their insecurities to debilitating extremes. We must also acknowledge our part to play in having a healthy body image. Insecurities have existed since the beginning of time, for both women and men. They did not start with the modern day media, even if it is more accessible and widespread than before. Psychological conditions, like eating disorders are biologically in the diseased brain, and have existed for centuries before the modern media hype. Buying expensive beauty products and wasting time on tedious regimens makes you a slave to consumerism, not the patriarchy, as remember, men also are pressured into looking young and muscular just as much as women are to be young and feminine. It’s a two way street. Ladies of Reason realize that in all things, we must be reasonable. Insecurities are human and everyone has them not matter what the outside world says. It’s up to us to be accountable and not let them debilitate us, not to blame and censor society and the media to cater to the minority of women who cannot. 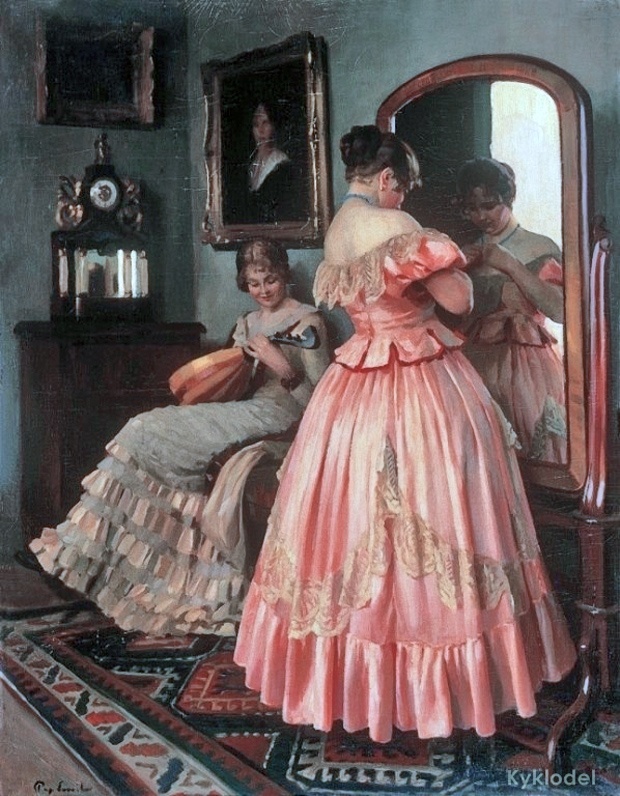 One thought on “Dear Fellow Women: Society is Not to Blame for Your Insecurities”