The month long unrest that BLM has stirred up over the death of George Floyd and others has made the Left’s true agenda stand out crystal clear: It’s never really about what the Left tells us it is, from the BLM movement to the recent COVID-19 hysteria for instance. Conservatives condemned Floyd’s death just as liberals have, but don’t cover up and pretend that he was a saint when he had a lengthy criminal record including assaulting a pregnant woman. We can acknowlege the misconduct and abuse of power that officer who knelt on him had and condemn it without making him into a martyr with a state funeral. We can support black lives without twisting facts to suit a narrative rather than focusing on real instances of police misconduct and brutality or any number of substantive issues facing the black community. We can stand against racial bias and injustice without demonizing all white people, which in itself is a racist act. We can say the names of victims of black on black crime, and fallen black police officers such as David Dorn whose name was barely even mentioned when he died during the BLM riots, bleeding to death on a sidewalk as people filmed that too. We can stand with black conservatives and listen to their voices. We can learn from the wisdom of black intellectual leaders such as Thomas Sowell and Walter Williams.

The Left argues that they’re saying “black lives matter”, but actions speak louder than words, and what exactly are they doing? Burning down black communities. Looting businesses that keep the economies going in poorer neighborhoods including black owned businesses. Dismantling and demonizing the police force that keeps communities safe from criminals who tear down their prosperity. Silencing anyone who dares to ask for dialogue and debate, even to the point of violence. Shutting down major cities and terrorizing those living in them. Creating more racial tension and division by pitting whites vs. people of color rather than promoting mutual understanding and respect. Censoring anyone who dares contradict their “facts” and with it, actual ways to help the black community prosper. Calling people of color race traitors for daring to go against the Left’s ideology. Looking the other way at issues that hurt far more people of color than so called “white privilege”. Worst of all, cherry picking which black lives did matter. Are all these actions really saying “black lives matter to us”?

The Left is flat out lying to say conservatives don’t care about black lives, when many stand with people of color who want to better themselves and avail themselves of the opportunities America has to offer. Not to mention many black conservatives such as Candace Owens out there who are saying the exact same quote on quote “racist” things like personal accountability, the importance of education, the intact family etc… as non-black and brown conservatives. While the Left has been rioting and looting all in the name of BLM, black conservatives like CJ Pearson have raised thousands of dollars to rebuild and support black businesses.

You want to be a real ally to black communities? Why not volunteer to mentor an underprivileged youth? Why not support black businesses regardless of how “woke” they may be or not? Why not give hand ups rather than supporting handouts? Why not hold students of color to the exact same standards as everyone else so they can learn they can succeed despite the obstacles they may face? Or hire a person of color for their skill set and not just to fill a diversity quota? Why not teach the message to the next generation that you are more than just a victim, helplessly battered by a society working against you? Why not see the people of color in your life as more than just some underprivileged victim you need to be “woke” enough to help? As they say, the soft bigotry of low expectations is often the most damaging.

I don’t need to loot a store to realize black lives matter.

I don’t need to burn down my community to realize black lives matter.

I don’t need to demonize another race to realize black lives matter.

I don’t need to idolize someone with a violent past to realize black lives matter.

I don’t need to condemn the police (including the many police officers of color the Left has overlooked) to realize black lives matter.

I don’t need to disrespect the flag and those who served to realize black lives matter.

I don’t need to hate the country to realize black lives matter.

I don’t need to choose between blue lives and black lives especially when many are one and the same.

And I certainly don’t need the Left dictating to me what I’ve always been raised to believe: ALL lives matter. Including black lives.

One other major point in all this: Whatever happened to COVID-19??? You know? The no large gatherings? Social distancing? Curfews? etc… Businesses can’t reopen or even defend themselves from looters using COVID-19 as an excuse, but “protesters” can come together in the thousands? President Trump can’t have a rally as he might spread the disease, but woke SJW’s are magically immune? Medical professionals who were stressing the importance of social distancing now say covid is no excuse to stay home from protesting? Is it just me, or does it reek of hypocrisy to you too?

Don’t believe me? Educate yourself with these resources I compiled in my previous post… 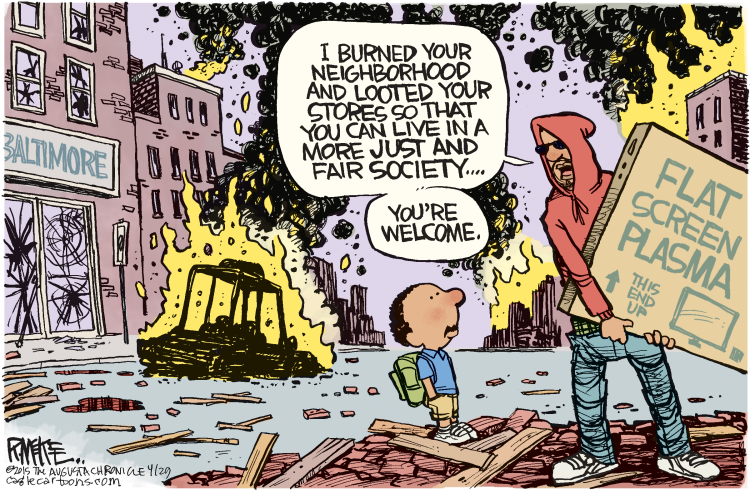