A concept the Left likes to tout around and try to enforce is the idea that so called “privileged” individuals benefit from a wider system that is made for them, to the exclusion and oppression of others. The most common examples being race and gender, which I will focus on mainly as there is much to say on them. This “system” of oppression over women and racial minorities is the explanation for why they can’t seem to achieve in life or have that “American Dream” of hard work and related to that, why whites, men and especially white men, can’t actually take credit for their achievements! In other words, anything they achieve in life is not due to their own personal efforts, but to the wider “system”.

However, paradoxically, it seems to the Left, this “system” can also only work one way. For example, any criticism of minority communities is unjust because the larger forces, “the system” at work, is to blame, not individual choices. However why then is it the individual’s fault when talking about white people? The argument white people are complicit in a system of racial oppression and are each personally racist simply for having more privilege is just like arguing that poverty in minority communities is their personal fault despite a biased system outside any individual’s control. Or look at how men are told too, that they are responsible for benefiting from a system designed to put them on top and women second class citizens. However one cannot help being born male! Just because historically men as a group may have enacted systems barring women from achieving more, each individual man born in this era had zero personal part to play in the history of women’s oppression.

White individuals living today had absolutely no part to play in the racist atrocities of our past. They did not personally own slaves. Personally attend lynch mobs. Personally take land away from indigenous peoples or exploit them. Personally vote for segregation or internment camps as those living now would have not been born or of voting age. These events happened decades, several generations, even centuries before they were born. Before their grandparents were even born for some historical events! The vast majority of men around now had absolutely no part to play in barring women from entering the workforce or achieving outside the home. Many men raise their daughters to be strong independent women and treat their wives as their equals. Certainly none alive today barred women from getting the vote!

The “system” is supposedly some uncontrolled force of its own impacting both the oppressed and benefiting the oppressors outside any one individual’s control to stop or change it. So why does it seem like the onus for changing this almost all powerful system on people who were simply born into it themselves? Just because white men are the “oppressors” benefiting from this alleged system, doesn’t mean they have the power to control it on an individual scale! It’s not often thought of this way, but one has as much control over being born white or male as one does being born an oppressed minority or a woman. Being born into a legacy of being the historical oppressor does not make one an oppressor by default! At least not in terms of moral responsibility. Yes, any part of an oppressive unfair system in society needs change, but to demand someone change it simply because they were born as its beneficiary is as unfair as making someone live under its thumb simply for who they were born as. The people who should be changing it are not one group. If we want change as a society, the whole society must be a part of that change. Our leaders. The people who are affected by it and have a stake in the issue such as the “oppressed” groups. Those who benefit but repudiate the unfairness of it. Plenty of whites have fought for racial equality side by side with minorities. Plenty of men fight for equality for women. There is no issue with that at all.

The problem is in the idea that the onus to change the system is on someone simply because they were born a certain race or gender but have not actually done anything tangible to oppress anyone else on a personal level. Put more simply, just because something unfair was done overall by a wider group, doesn’t mean one single individual is morally responsible for that wrongdoing. The moral onus to stop unfairness is on those being unfair. For example, it can easily be argued former slave owners morally owe reparations to those they enslaved. However does any non-slave owner owe reparations for slavery a distant ancestor, or even more broadly someone of their race was a part of 200 years ago?

A man who never personally oppressed women, stopped women from moving up in their careers, never treated a woman poorly or abused one, or stole an opportunity that was rightfully a woman’s has no moral responsibility for men who do and men who did. A white person who never treated another person as less than, oppressed them, stole any opportunity from them, or thought they were less of a human being deserving of respect and dignity due to race is not morally responsible for any wider systems of racism in society. Now the Left would come back and say, “but these issues are not about individuals and their actions but wider systematic issues.” and yeah, I can understand what they are trying to argue but they made it about individuals when they decided white people and men need to take moral responsibility for the privileges they were simply born into but never actually stole from anyone through their own actions.

These ideas about personal moral responsibility for a wider system sadly have taken hold on many white people and men who are genuinely not racist or sexist people and reject their unearned privileges and even actively fight alongside others against the alleged “system” benefiting them in the name of greater moral good. This leads to an idea akin to Original Sin where being born a white or male is cause for some form of collective guilt for inheriting privilege and a legacy of being designated as an oppressor. However, my response to that is: But I’m only one person.

As an individual, I have no control over a wider social system. I only am able to control my own actions. So the questions I need to ask myself are not “How have I benefited from privileges I didn’t earn?” or “How am I complicit in a system I can’t control?” but “How have I treated those around me?” “How do I make sure I’m being fair and equitable?”, “How do I treat those who look different than me?” That’s all I can control! How I act. How I treat others.

You are not a racist for simply being white in (an alleged) system geared for whites and passively benefiting simply due to your race at birth. Your actions make you racist or not, not your whiteness. You are not a misogynist for simply being born a man in a society (allegedly) geared towards men in a similar light. The onus can’t be just on one person to change an entire society! And certainly one individual can’t be asked to feel moral guilt over something they were never personally a part of creating!

Not to mention, we all have unearned privileges in life. Why is “privilege” such a dirty word? Even if it’s not racial or gender privileges, having a good family, friends, SES, health, etc… are privileges that can be unearned but given to us through our lot in life. I also believe while we should take a moment to reflect on them and be thankful and not take them for granted, we shouldn’t feel guilt simply for having better luck than the next guy. We can’t “do it all” so to speak.

So while I would love to have the power to take away all the inequality, racism, sexism, injustice etc… in the world, the Left needs to remember:

I am just one person! 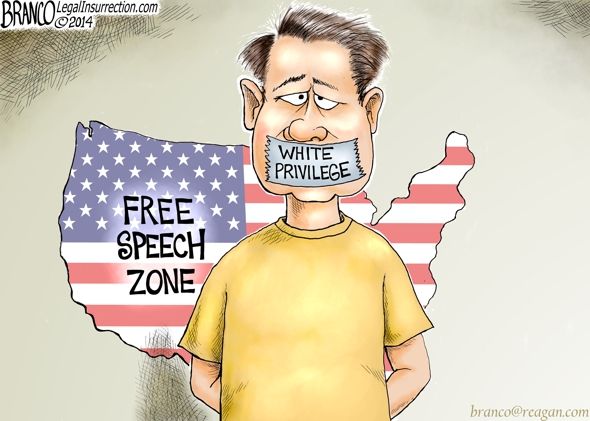 8 thoughts on ““I’m Just One Person”: The Response to Collective Guilt Demanded by The Left”