I’m sure everyone has heard this one! We all have things that happened to us in the course of our lives that were negative, unpleasant, sad, even deeply traumatic for some. However, the saying goes, don’t let your past define you. The legacy you inherited doesn’t have to be your children’s legacy. How the schoolyard bully treated you does not have to define the rest of your life. You don’t automatically have to be a drunk because that’s what mom or dad was. Or never find love because your parents couldn’t with each other. If you’ve been through some tragedy or trauma, you can get help to move on with life and not allow whatever happened to define who you are today.

For some people however, this “past” goes beyond what they’ve been through as individuals, but also includes what was done to your racial or ethnic group or even gender for example. I think we can all admit this country has some moments we aren’t so proud of. Slavery, conquest, racism, sexism, discrimination, exclusion, ostracism, etc. of certain groups historically. However despite the many social strides towards equality this country also has made to atone for and help eradicate the past hatred, prejudice and discrimination, some still argue that members of these historically oppressed groups have literally inherited the past trauma of their ancestors despite they themselves not having the same negative experiences as the previous generations. They call this “trans-generational trauma”, arguing the legacy left behind by historical oppression has somehow traumatized today’s generations.

Now here’s the thing: I understand about epigenetics and wondered if they are arguing that somehow a gene could have been turned off or on altering the next generation’s genetic makeup somehow due to the previous generation’s direct experience of trauma, but apparently that wasn’t necessarily the case that trans-generational trauma is biologically inherited. I also wondered if they thought a factor like the parent’s or grandparent’s experiences would reasonably influence what they told or how they raised the next generation who hadn’t been there as it is plausible. You will be affected to some degree by what a parent or other family member tells you growing up about what they went through or in how they raise you. That isn’t the whole of this “trans-generational trauma” thing either though! Apparently, the main factor cited was the younger generations are “traumatized” by guess what? Society!

Yep. The argument is the history of oppression by society in the past and alleged oppression today “traumatizes” people of historically oppressed groups. To give an example, one supporting the trans-generational trauma theory could argue that members of the black community are “traumatized” by slavery in the US that was abolished over a century ago, or that more recently, a millennial generation black person is somehow personally traumatized by the lynchings their great grandparents witnessed in the Jim Crow era despite never having any personal experience with lynchings other than in 2nd period US History! Now, I can agree that knowing your people were treated so heinously in the past would be very unsettling and disturbing. However to claim you have the same or comparable trauma as your great grandparent who was actually there? Is that reasonable?

Another example would be Native Americans. The US historically had many unfair policies and practices such as assimilation at boarding schools that wiped much of their own languages and cultures out. The reservation system was very corrupt. Sadly, many Native Americans today have many issues such as alcoholism, poverty, child abuse etc… May do claim trans-generational trauma. They say all their issues hearken back to historical policies that now have been overturned, such as boarding schools for them, or forcing them onto reservations although many choose to live on them now. They claim their history of oppression has led to their current poverty, alcoholism, health problems, etc… and left them traumatized. Only thing is, the younger generations have not personally been forced into boarding schools, have not been at historical events like Wounded Knee, have not been forced onto reservations preventing them from hunting the buffalo for example. No. They like most of America’s youth mourn the loss of their phone privileges more than the fact they as a people can no longer live a nomadic lifestyle on the plains! (Yes, before you cry “not all Indians were…” I know I’m talking mostly about the Plains Indians specifically  for the sake of brevity!).

Another point: Why is the past a valid reason to excuse poor behavior in the present? A community wants to improve and break the cycle, yet does nothing themselves because it feels historical oppression cursed them to a life of misery! To me, it’s like saying “I’m a drunk because my parents were drunks” as an excuse not to get treatment for your own addiction! “The white man oppressed me so I’m destined to act this way…” is the logic behind this.

Why can’t the past be in the past? Of course the past shapes our future, but it doesn’t define it! We can’t change what happened to us, but we can shape our future to be different learning from our past. We can choose to break the cycle. Choose to leave another legacy than oppression, poverty and victimhood to pass on to the next generation of our community. Your parent’s divorce doesn’t mean your marriage will end in divorce. You have no excuse to abuse another because you were abused. Most an agree with those statements. So why is it hard to make the leap to say your ancestors’ oppression is no excuse to not move forward as a community and make a clean slate for your children free from the baggage you may have carried in your past?

Honestly, I find it incredibly insulting and dishonoring to the struggles your ancestors had to claim that you too are traumatized by those events! Why? You were not there! My great-grandfather fled Armenia due to genocide by the Ottoman Empire. My Dad was his grandson, however he does not and has no right whatsoever to claim he was also a victim of the genocide his grandfather endured! My grandmother was relentlessly ostracized for being Armenian in her all Irish neighborhood yet I am not the one who has been traumatized and forever changed because of it because it was HER experience, NOT mine! Step back for a moment and think, isn’t it utterly belittling and disrespectful to those who have actually endured the worst history had to offer and claim it as your trauma? Your burden? To have the audacity to say it changed you?

You are not the one who was a slave.

You are not the one in an internment camp.

You are not the one who was segregated all your life.

You are not the one killed at Wounded Knee or forced in a boarding school.

You are not the one who was forced to see your family killed in a genocide.

You are not the one who was denied their humanity in the worst ways.

Overall I find it incredibly insulting and disrespectful anyone dares to capitalize off their ancestors’ suffering to claim oppression for themselves. Frankly it’s sad anyone also would see themselves as a victim with only a legacy of oppression and victimhood to pass on to their children. No, contemporary society is not a utopia and prejudice still exists, but being focused in the present is a whole other story than being stuck in the past. Why not make the legacy you pass on to the next generation after you one of resilience, perseverance, independence and determination instead of perpetual victimhood and trauma from past wrongs done generations before their time? What child wants to sit on your lap and listen to how society hated them and always will and be taught certain people hate them? Leave a legacy of “victor-hood”, not victimhood!

Lastly, what sort of trauma might a generation of white people have over being the historical “oppressor” and “bad guy” when countless white people want to genuinely make change and leave their own legacy of love and acceptance rather than their ancestors’ alleged legacy of oppression and subjugation? Must they be defined by the sins of their forefathers? What about the historical oppression against other groups? Why don’t Italians, Germans, Irish etc… have this so called “Trans-generational trauma” from their history? After all, this isn’t about current trauma, but your ancestor’s trauma. 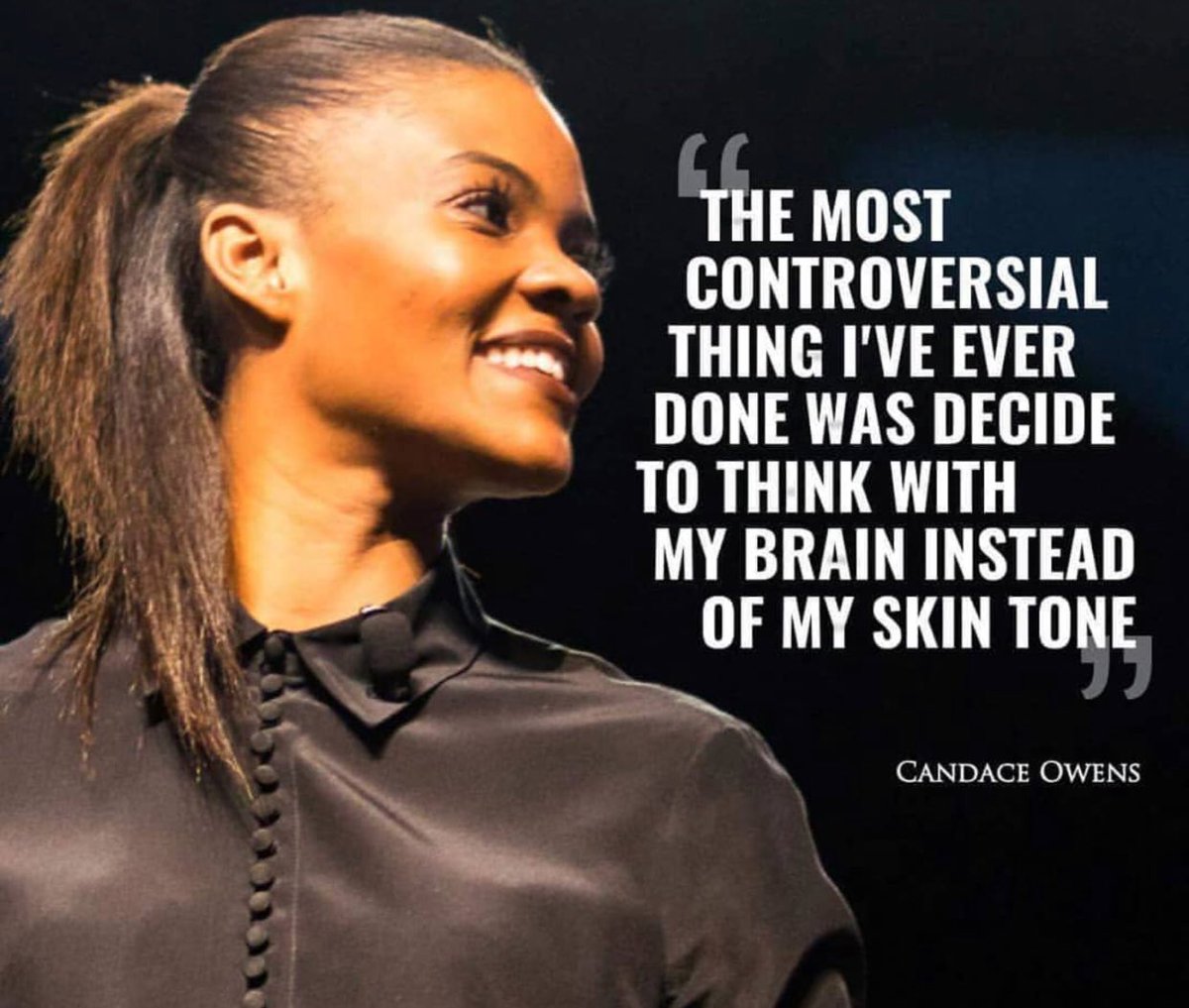 41 thoughts on “Don’t be a Prisoner of Your Past”