Criticism: Everyone gives it, everyone gets it! This has been known to all who have ever had an opinion about anything! Even more benign topics than politics or morality, such as pineapple on pizza, is it gross or tasty? Chocolate or vanilla? Dog lover or cat lover? The list goes on and on in our everyday lives we don’t even think of, nor truly care about if someone happens to have a different idea of what they like. Of course though, when the stakes are a little higher than “what’s for lunch?” disagreements get more heated! From gay rights, to religion, to racial issues, gender issues, foreign policy, etc…etc… issues that will affect countless people other than yourself, disputes on how to handle them provoke far more conflict.

Issues that both sides of the aisle can agree needed change, such as blatant racism, segregation, the oppression of women, intolerance for different lifestyles, religions, etc… that led to violence, threats and out and out bigotry, have been addressed and still are. I think we can all agree it was a good thing to stop segregation, lynch mobs, slavery etc… or stop treating wives and children as property, or letting women reap the rights and duties as citizens of this country too. Or to be more open minded to a changing society and learning about those who are different from ourselves. We’ve come along way from a century ago and many things I’ll admit I’m glad we can leave behind in the history books.

However, there comes a new issue with this newfound freedom many groups now enjoy alongside us: The pendulum swinging too far the other way! See, I don’t mean that in the sense they are too equal and should be put back in a state of disadvantage and inequality again, but in their right and just equality with the traditional “majority”, they feel in order to be our equal, they must become our superior! How is this?

Well, take the issue of criticism. It is true many minority groups feel that if a member of the majority group criticizes any aspect about them, this must mean that the criticizer wants to revoke their equality in this country and set them back a century! Now, in a way, I can get an understanding of why some may feel this way. If you genuinely feel that the group who gave you your equality is bitter and resentful and wants any excuse to find a way to revoke it, then yeah, I can understand that. Or if historically, that group had a voice and you didn’t, you might feel that when today, your former “oppressors” speak up and critique something, it can bring flash backs of that earlier time where you didn’t have a voice to respond.

Trouble is of course, just because you feel a certain way, doesn’t make it true! Just because something “feels” like past oppression, doesn’t mean it is. For one example, a brutally honest critique of a minority group doesn’t always mean that the person making the criticism does it out of hatred or bigotry for that race. It may sound very harsh and uncharitable to hear, but that person may have a valid point. If one says that for example, the Black community is disproportionately affected by crime and has a 75% illegitimacy rate, and this should change to build better communities and families, unless these assertions came out of thin air and are false, it is a valid criticism that needs to be addressed. Just because, say, the person noting this was White, doesn’t mean they say this out of ill will, bigotry and hatred for the black community, anymore than when fellow Black leaders such as Walter Williams and Thomas Sowell say it. No more “racist” than when someone in the Black community wishes to offer a criticism of White people and ask them to address something that they feel needs fixing, such as racial bias…

Or look at Native Americans. Reservations often have similar issues with crime and gangs. Child abuse and alcoholism are rife. So is poverty, and no, it’s not solely “the white man’s fault!”. Does bringing this up beyond blaming white people mean that person hates Indians? Not necessarily! You don’t need to be Native American to see the devastation alcoholism and poverty had affected many of their communities! Perhaps maybe, just maybe, the outsider who raised the issue genuinely wants to help and to do so, must bring it out into the open?

Every society has things that are good, and things that need to be looked at with a critical eye and addressed. Hiding one’s need for change behind labels such as “racist” and making excuses that only your group can ever critique your society when the issues at hand are plain for all to see, lets a blind eye be turned to pressing issues as of course no one likes being criticized and told they need change! If the only people who can criticize you are you, then how honest will you really be with yourself??? Outside 3rd parties help eliminate some internal bias or even just shortsightedness for things an insider may take for granted. An obvious fabrication and lie told about a group is not the same as a proven fact that happens to be unflattering being called out in the open by others. A criticism is not the same as slander!

A slightly different circumstance but related to the idea of being immune from any outside criticism is happening to the gay community. It’s now the law of the land gays have the same civil rights, including a legal marriage here in the United States. In fact, being gay is becoming more and more accepted and less stigmatized. I know plenty of gay people, who are just like you and me, have jobs, go to school, like the same things, and are probably among your friends, classmates, coworkers, your favorite celebrity, etc…  From even a few decades ago, the LGBT community has made immense strides in being socially accepted and are being represented exponentially in the media and in society.

However, this apparently is not enough. Despite all the acceptance as well as gaining the clear legal right they wanted to see happen nationwide, they now demand that no one can ever criticize or disagree with their lifestyle. Look, some people have religious objections to the gay lifestyle. Some find it distasteful in their personal opinion. There is still opposition to gay marriage. And yes, instances of threats and violence and bullying have affected the gay community. Thing is though, there is a vast difference between those who do actual violence and threats towards gay people, and those who in their private opinion, don’t embrace the idea of being gay for religious reasons or otherwise. Many of these people would never threaten a gay family, or do violence against them. Those that do are a very small minority who we can all agree are in the wrong regardless of their opinions!

No one is entitled to force people to like and embrace your choices in life. You have the right under federal law to be gay and to be free from threats and violence as much as any other citizen in this country. What you don’t have the right to however, is to make everyone embrace your choices or else be labeled a “bigot!” and demonized. I personally don’t mind gay people and nor does my family who would love me just as much if I were gay myself. What I do mind though, is the idea that any valid criticism of the gay community, or someone’s personal distaste for the gay lifestyle must be stamped out and compelled to agree with it in the name of “acceptance”. No, not everyone has to “accept” your choices in their personal opinions!

Still don’t understand? Take my own personal example. I’m an atheist, and a “minority” within the conservative community. Some of my fellow religious conservative peers say things about atheism and non-believers I can find too harsh and un-nuanced, such as the idea that my non-belief means I don’t have any real moral code based in anything real. Or that my life is unfulfilled and I must be angry and bitter. Now, I will argue against these assertions about my non-belief, but I will never demand religious people stop criticizing atheists to spare my “delicate feelings”! They have just as much right to their own opinion and criticisms about my lifestyle choice to be an atheist as a fellow atheist. Many religious people may find atheism distasteful, and that’s okay. The beauty of this country is we can all have our own opinions! Now, it crosses a line if they were to threaten me or openly discriminate against me, but again, criticism alone does NOT equal discrimination! I can be a non-believer in this country just as you can be gay, and we both have the legal right to be what we are. What more should we demand??? Anything beyond that to me smacks of entitlement!

To sum all this up in general for everyone, no one is immune from criticism, nor is entitled to be! As a conservative as well, don’t I and many of my fellow patriots know it! 😉 We don’t demand the Left never criticize us. Just don’t threaten us and our families, bar us from jobs, and ostracize us from society. Nor do we seek to stifle the voices of minorities, women, gays, etc… as in the past. We just want to still let our voices be heard alongside yours now. We do want equality for all in this country. But equality means we all can be equally criticized as well as equally heard! And don’t forget of course, of you want to be free from criticism, then don’t feel entitled to hurl it at others, like straight, white cisgendered males for instance! 🙂 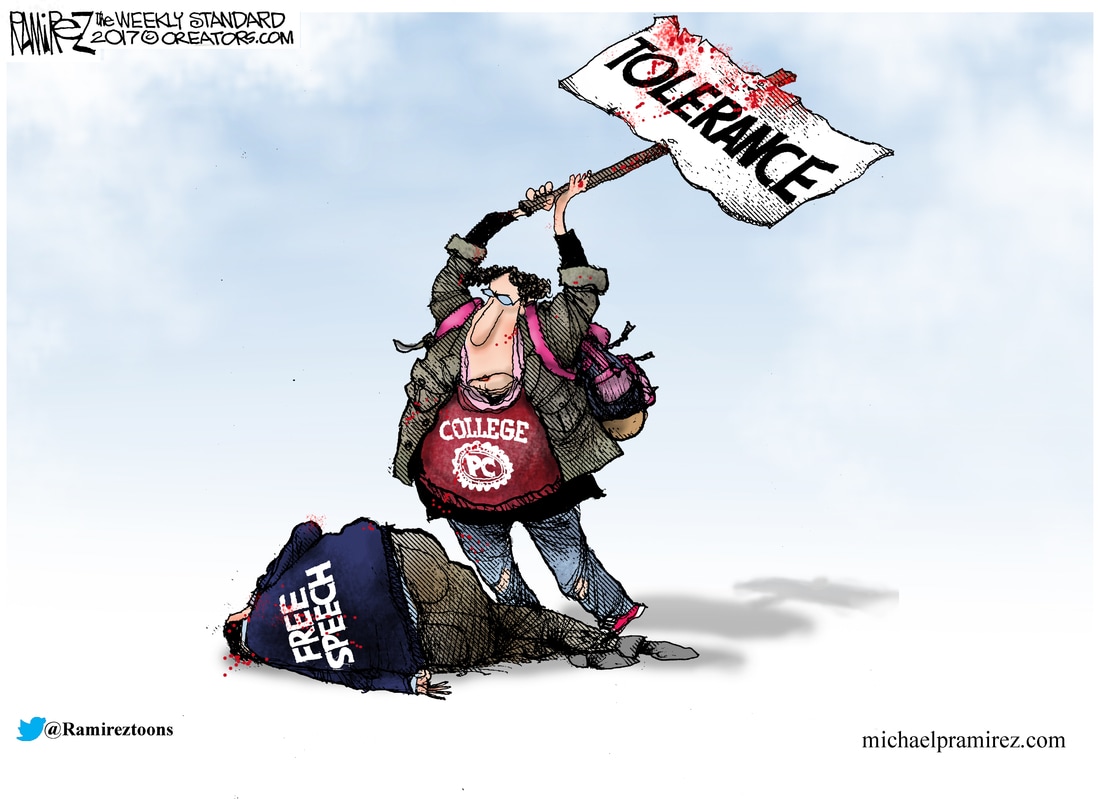