This loyal patriot and follower of mine wanted to add her story into the mix of Walk Away stories as well! Here’s her very interesting story and good advice for those who feel afraid to be openly conservative!

My name is Caroline and I currently live in Central PA; a native NY-er of 45 yrs. I am in my late 50’s, and I am and retired, although hard at work caring for a disabled spouse with Multiple Sclerosis, four pets, and looking after my adult son and his lovely girlfriend who both work full-time. All four of us actually have disabilities that challenge us each day and every day we conquer that is another battle won!

Growing up in a large city such as New York City can mold one into a liberal entity by default by nature of its diversity and social needs and demands. However, exterior circumstances shouldn’t always influence our personal values by which we were raised, or what we feel or know in our hearts. Even though I was by nature a “wild child,” by nurture I was raised with very traditional values by a very tight-knit and strong family. At some point in my latter 20’s a gay friend called me a “closet conservative.” It was then I realized as I was sharing with him some issues I was going through in my personal life that I was becoming uncomfortable in my own skin because it really wasn’t the skin I belonged in!

Fortunately as a young adult it was the Reagan/Bush era at the time so there was little stigmatization I had to face. Then among and after 8 yrs of the Clinton debacle there was always Mayor Giuliani, (thank God!), and then of course Bush Jr. I moved to Central PA in 2008, after a short two year stint in New Hampshire so the liberal pressure was little and far between; until, of course, Obama ran against McCain, then Romney, and then recently the Hillary nightmares. Most of the harassment took place on social media. I ended up blocking several people and had to break ties with a few.

What advice do you have for other conservatives who are afraid to speak out?

As the saying goes; “if you stand for nothing, you’ll fall for anything.” What use is it being born in one of the best countries of the world in all its freedoms if you have to be afraid to be free? I believe free-will is a gift from God, and so many use it for wrong. Use yours for right! Pun intended!

I agree Caroline! That’s a very good point that if we don’t stand up for our values, all we do is cave to the mob rule and popular opinion. What feels good rather than does good! We should not be afraid to be free in this country of freedom and the silent majority must no longer be silent to show our fellow Americans what we stand for 🙂 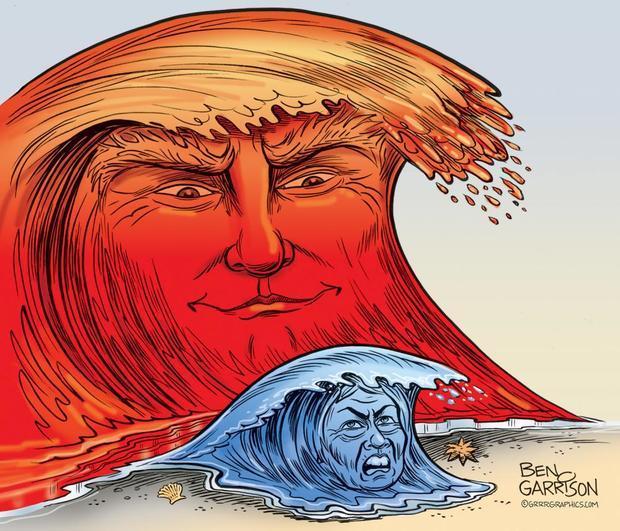