The PC tyranny has reached its zenith with all out outlandish fancies! Of course, this extends to the holidays season, where anything remotely “Christmas” is banned and stifled! Even Santa can’t escape these grinches, as Time Foolery writes in to A Lady of Reason:

Recently a New Jersey substitute teacher took it upon herself to inform the children in her classroom that Santa Claus, the Easter Bunny, and other fancies such as the Tooth Fairy, weren’t real. Now, take yourself back in time to when you were seven years old, in the First Grade. It’s almost Christmas, and the decorations are going up and the stockings are hung. Naturally, your first thoughts are, “What is Santa going to bring me!?” I know this because I usually had dog-eared the heck out of our Sears catalog and written my Santa letter well before Halloween! Most kids I knew did. It was the highlight of our year!! Now, think to being a parent, coming up with other fun things like Advent Calendars and Elf on a Shelf to get your young’uns excited about the holiday.

Now think about someone swooping in and deciding for you that your child, or even you at that age, needed to know that something you’re so excited about, is all a BIG, FAT LIE perpetrated by you and your parents before you! If you are like me, you’d be incredibly upset from both vantage points!! To have your childhood so unceremoniously, and without cause or reason, crushed by someone barely qualified to teach!! And to have the right of when you let your children in on the secret so rudely ripped out of your hands – well, it’s no wonder this sub has lost their job. But I don’t want to harp on all the obvious issues that abound with this happening. I don’t think the majority from any party affiliation would disagree that this person seriously overstepped their bounds or crushed the dreams of little children. That’s an obvious.

No, it is the spirit of this season I wish to look at instead. This year I turned the ripe, old age of 52 and I proudly proclaim, I still believe in Santa Claus! St. Nicholas of Myra was an early Christian bishop who became the Patron Saint of Children. It is through his legendary habit of secret gift-giving that we find the traditional model for Santa Claus aka Good Saint Nick. It is this tradition that parents like to emulate and carry on traditionally with their children, and hopefully their children will grow up to do the same for theirs. But there’s many more reasons I still believe in Santa Claus.

Whenever I, or someone else, help someone out of sheer humanity, there is Santa Claus. Anytime someone donates their time to a charity, there is Santa Claus. Even just holding a door open for someone for no reason except to help, that is Santa Claus. But right now, I think Santa Claus is actor James Woods, who just recently played unofficial Twitter coordinator for helping fire victims find their families in California. A week later, he helped police find a homeless vet who was going to end it all because he thought no one cared. He got so many people involved with both situations who shared their love, concern and help for all. That is truly, truly Santa Claus. Indeed, we need look no further than our fellow man to see that the spirit of giving is what St. Nicholas stood for, and doing things like he would makes us all Santa Claus, and I certainly hope we all believe in ourselves!!!

I agree Time Foolery! While as I am non-religious but still celebrate Christmas, I too have experienced the magic of Santa Claus and I guess he’s been generous, as he still leaves a special gift from time to time under my tree 😉 You make the excellent point that when we stop believing in Santa, we become Santa for others!!! The magic doesn’t stop once childhood ends, it only continues through acts of kindness during the holiday season and all year round! Why ruin the magic though while it lasts??? The world is bleak as it is, and childhood is one of the only times we will ever see the world as mainly good and warm and fuzzy… I always advocate for forewarning and forearming our children of the dangers of the world frankly and openly, not shielding them in naivete to its many dangers, but that doesn’t mean some harmless fun and a little magic shouldn’t be experienced, and no longer believing a milestone in growing up… The magic of Santa Claus is something everyone can cherish even when all grown up! 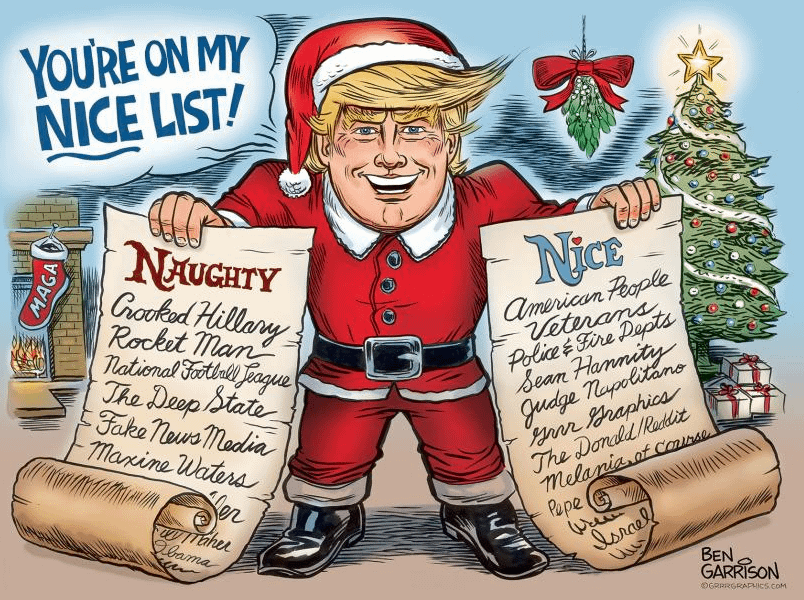