In the second half, I propose some ideas and strategies to help facilitate a more peaceful way to debate, and to get along over the holidays, and honestly, any time of the year 😉

Really Listen to What The Other Person is Saying

As said in the part I, really make the effort to see why they hold the views they do. It’s not because they want to sound like an ignoramus and don’t care if their idea is immoral or foolish! People often have heartfelt reasons, aside from the virtue signalers, for their opinions and beliefs. Maybe they had a bad (or good) experience related to the issue (ex. “My brother was mistaken for a criminal….”, “I’ve known many awesome Syrian refugees through my charity work…”). This doesn’t mean their views are correct, but one can appreciate better where they’re coming from and why they hold them.

Criticize the Ideas, Not The Person Holding Them

Ad-hominem attacks get you nowhere! They prove nothing, and only create more tension, division, and a resolve to not listen to your points! Screaming “Well, you’re a racist bigot!” will not convince Uncle Steve to change his mind about welfare policies… Supplying statistics to the contrary, or citing sources for your side of the argument however, will get you much farther. You can pummel an idea into the ground all you want, but the person holding them still deserves common courtesy and respect.

A knee jerk reaction does nothing for you either! Letting emotion cloud your rational mind weakens you tenfold in any debate! Don’t virtue signal some superficial slogan, actually consider what they’re really saying, not just your automatic straw-man of what they’re saying… 😉 (Ex. Shouting “No one is illegal!!!” When the person meant one’s immigration status, NOT one’s humanity!)….

Never Cross The Line Into Insults or Threats!

This one is a must! Ad hominem attacks, again, get you no where and will only get you an enemy! In addition however, actually threatening people crosses so many lines! People should not be afraid to voice their opinion due to fears of violence, ostracism, lost jobs, etc..etc… People don’t deserve to have their families terrified, their reputations smeared, or vile insults hurled at them or again, their families due to disagreements! And yes, even their children attacked! How would YOU feel if it were you and your family??? If you don’t stand up for others being attacked, then who will stand up for you when your opinions are targeted?…

Sometimes, it’s okay to agree to disagree… Not every issue is worth getting into a deep debate about and drain your energy! Not every comment at dinner you want to refute has to be 😉 Save the debate for issues that really matter to you, comments that really get to you, not just irk you a little. Don’t be a snowflake offended perpetually and having to start a fight to “correct” those who “trigger” you with their “microaggressions”! Save the righteous indignation for a better time, a better occasion than Grandma’s dinner, or your friends’ hangout, hold your tongue at the work New Year’s party etc…etc… Just let the loonies rant away, while you remain classy and diplomatic!

There’s a time and place for politics and religion! A mixed gathering often isn’t the time! The debate team, a blog, activism, in the classroom on the subject, around like minded people, and such can be 🙂 Work, that party, the holidays and other family events… not so much! No matter what sides we’re on ideologically, I hope it’s a non partisan thing to say we should try to find common ground with people and learn to get along and allow many viewpoints! The real “diversity” we need to advocate for, is diversity of thought!

I hope this list helps, and please, add your own ideas, experiences etc… in the comments! 🙂 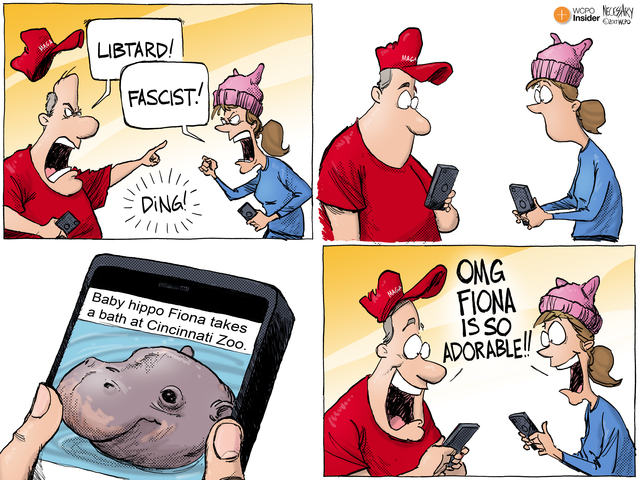 10 thoughts on “Agreeing to Disagree: A Lost Art Part II”