Agreeing to Disagree: A Lost Art Part I

Around this time of the year, more friends and families are getting together to celebrate the holiday season, and with it of course, bring a myriad of different viewpoints! Most families, (unless everyone is of one hive mind…) have members with all different perspectives, experiences, and yes, opinions! Inevitably, not all opinions are let’s just say….compatible with each other! You know the rest of the story: The drama! The fighting! The heated “discussions” of the finer points on why you’re completely, totally and undeniably “wrong!” This year, and probably last year as well, our country’s political polarization didn’t help at all 😉 Nowadays, it’s Left vs. Right, white vs. black, gay vs. straight, women vs. men, believer vs. non-believer, etc…etc… This wedge in society, not helped at all by very highly contentious issues being brought out in a frank manner for the first time with Trump saying what he feels as well and the Leftist backlash, can get people shall I say too involved, and absorbed in them! This divide within our nation festers, but must go somewhere, and too often, at the family dinner table!

Now, the opponent is not only factually wrong, but morally wrong! People have literally unfriended friends off social media, alienated family, even shunned and ostracized their close friends over political disagreements cast as incompatible moral faults! And it seems to have only gotten worse! Thing is, most of this unfortunately seems to be mostly one sided… Think for a moment: When was the last time a conservative person shunned you, ostracized you, even shouted in your face if you held a moderately liberal position? Did they try to engage, maybe even vigorously debate with you, or actually get angry with you as a person, not just your ideas?!

However now, think again to many liberals… How many have you seen, experienced personally, and now in the news, screaming at, even threatening and crossing the line to violence over an opposing viewpoint! Just look at the attacks on Carlson’s family and his daughter! Look around at the Antifa riots, all the conservatives afraid to be open about their opinions due to shunning, ostracism, violence, fear of getting fired or held back in a job, losing friends and family over politics etc… etc… Now honestly ask yourself, if liberal, have you felt that way? Really??? Have you felt fear of losing your job, your friends and family, even fearing for your physical safety over holding a liberal view? Because if you are, you’re the exception in a society where every public school, college, employer, official institutions, the mainstream media, TV shows, movies, etc… openly espouse liberal views! I have personally known and spoken with many conservatives in real life, and online, and about all of them felt like they were “taboo” in society even if brave enough to be openly conservative.

What could possibly make people feel such uncontrolled vitriol, riots, threats, violence, vile language and such is justified towards those one disagrees with??? I think we know the answer: Seeing your opponent as in essence an “opponent”, someone who is your literal enemy, who must be “defeated”! Seeing a person as being immoral for having an opinion, not just illogical or uninformed. Trouble is, the Left seems to be the majority on this one! Writing people off their list for having Conservative view points. Labeling their own family or (former) friends as being “racist” “sexist” “homophobic”, “trans-phobic” etc… etc… rather than listening to their actual arguments, not letting one’s children get to know their own relatives because they have different viewpoints than you want to raise your children to have! Even, and I’m not kidding, making sweatshirts with crude slogans, just to make a more derisive atmosphere during the holidays!

Thing is, when did it get this bad? When did we decide it’s okay to demonize, and shun the people closest to you, who you should cherish, over a disagreement? There used to be a thing called “agreeing to disagree”! When did everything become a moral not just political issue and it’s “your side or the bad side…”??? Just because Aunt Susie doesn’t want more Syrian refugees coming into the country doesn’t mean she hates “brown people” and Muslims! Just because Grandma prefers young women remain virgins until marriage and doesn’t believe in divorce doesn’t mean she has “internalized misogyny” or that she’s a judgmental bigot who will shun you from the family dinner if you didn’t/did either of those things respectively! Just because Uncle Joe is in the NRA doesn’t mean he’s for unregulated use/sales of guns to unqualified people who can’t handle them properly, nor is he a “baby killer” who only cares about the sale of guns, and not their potential to take lives!

I will add one last thing for my fellow conservatives: Same goes for you too! Despite much of the loony left, do consider why some of your Liberal family members and friends hold the opinions they do! Your niece who’s in college and went to public schools k-12 honestly may not have been exposed to your viewpoint, except as the narrow minded wrong one! Your sister may feel that refugees genuinely aren’t bringing danger in with them and being altruistic in her own life, even to a fault, just has that opinion as an extension of her goodwill. Maybe your friend has seen true racism, and now is extra-sensitive to it, growing up in an environment of real bigotry. Maybe your friend grew up in a family who shunned him for being gay, so now feels it is his mission to be a staunch LGBT advocate, even to extremes sometimes! Point is, while I don’t give their ideologies a free pass, it helps to understand where a person could be coming from when they hold a view you don’t understand why they hold. Yes, folks: Not all Liberals are complete militant loonies who hold views just to virtue signal ( although plenty as we know, do!). Some do have heartfelt reasons for their positions, and the best way to persuade them to see our side, and understand us, is to model that courtesy in return. Sincerity deserves sincerity in return, the will to listen to their side too. Maybe if some realize we’re willing to listen to them, they may be willing to listen to us. The best way to get consideration is to model it, and even if you don’t get through, others around you will know who had more elegance, and class I know many, probably more liberals than conservatives from where I’m from, and many of them are my friends and loved family! The difference between them and the loonies we see on the news and in protests, is they can agree to disagree and consider my point of view without demonizing me, and I them 🙂

Does agreeing to disagree mean you can’t stand by your own convictions? No! Certainly not! I certainly will stand by mine, and defend them! However, “defending your convictions” does not include virulent ad-hominem attacks, overt rudeness, provocations to start a heated “debate”, creating awkwardness in mixed company and bringing up derisive topics intentionally when you know that it will upset people! Sometimes, it is best to save the debates for another time… The family holiday or friend’s party is NOT always the best time to be controversial! The holidays are about unity, not division! Peace, not war! Let’s have that Christmas (Oops! Is that too derisive 😉 ) Umm… “Holiday” truce of goodwill, and a restrained tongue! Agree to disagree… Until the holidays are over 😉 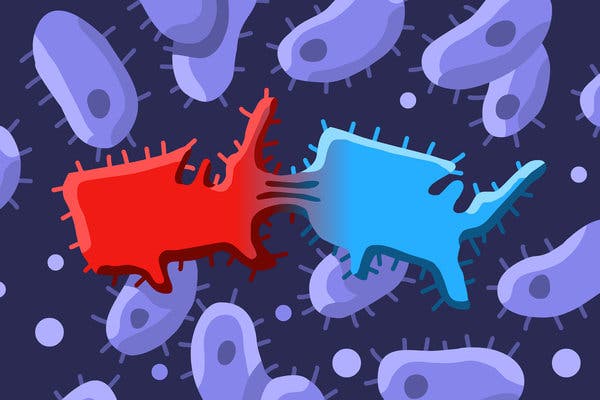 (I love science, so I found this picture hilarious!!!)