A Lady of Reason’s 1st Anniversary: My OWN #WalkAway Story…

Since doing the My #WalkAway Story Series, I’ve gotten a number of wonderful submissions of insightful stories for many different perspectives! While all unique, their common thread was the unity of coming to realize how radicalized the Left has become and have the sense to leave the party and the ideology behind for common sense and reason! That of course, made me reflect on how I became conservative myself, and I’m sure many of my readers and loyal followers would like to hear more about me, so here’s MY walkaway story in celebration of a full year of writing on A Lady of Reason:

I didn’t have any political feelings mostly in elementary school, and not many children do at such a young age. In middle school I think is really when the first inklings of skepticism arose. See, my parents talked frankly about issues since I was very young. My dad especially talked about political topics such as the Left’s bias and political correctness from early on. At first, I was pretty skeptical of his opinions. I thought they went too far and weren’t open minded enough. I didn’t like his particular brand of patriotism, thought it wasn’t inclusive enough. Didn’t like he was more critical of other cultures, especially regarding his views on the Middle East. However, I started to open my eyes more as now with his take on things, I gradually started to see the bias and political correctness in the school curriculum. Certain words, certain topics were censored or oversimplified and glossed over. We weren’t allowed to use certain terms as they were “offensive” even though none of my peers thought so and used them in jest. Slowly, but more and more as time passed, I started to realize my dad was right in many aspects. I didn’t just take his word for it: I saw it with my own eyes, through my own experience what he was telling me all along.

Another important point that I can’t leave unmentioned is the amazing influence of my uncle. He, even more than my dad, was conservative from the get go, and open about it. Not only that, he had numerous facts and evidence to back up his points. We mainly got into topics relating to conservatism vs. liberalism through history, actually. I loved history, I still love to study it, and we’d talk about what I was learning in school and my own interests in history. As history is often the tale of the victor, the historian has to sleuth around and spot that bias, to get a better picture of both sides. This skill extended, I guess, into contemporary issues. My uncle and I talked in great depth about the bias in schools, as he too did not have a great public school experience 😉 as well as about political correctness, censorship, political bias and why he thought certain ways about certain issues. We didn’t always agree either. Some issues he leaned more to the right of my own view. We debated, I explained my side and he his. But same as with my dad, I eventually came around to seeing more clearly the evidence cited for myself.

Both never once imposed their opinion on me, nor pressured me to be in lockstep with their views. There are still things we differ in to this day. However they both are one of the huge influences on my current views today through talking in depth with them in my childhood about these issues. Without their influence, I honestly feel I would probably be a liberal right now if public school had all the say! It was because of their skepticism and frank discussion of the facts I could look at what I was being taught with a grain of skepticism and look for myself what was credible. Many do walk away even in highly liberal families, but it is much harder when everyone around you you respect holds a certain view. I’m not excusing them for not seeing the facts themselves, and simply going along with the crowd just because their relatives do, but I do admit that the views of the people you look up to do shape your own views for everyone on both sides of the aisle.

Even with all of this influence, I still never really got a more solid political identity, or was even interested in political issues and debate until my senior year of high school. That’s not to say I was naive as a teenager to the public school biases and political correctness and liberalism, to the contrary I was well versed in these issues having talked about them since 6th grade. However, some of my views still leaned Left, so I hesitated to label myself as a conservative. See, I still had what one could call a “soft spot” for other cultures such as 3rd world cultures, immigration, and Islam specifically, while conversely being “hard” on ideas about what I thought was overzealous patriotism, militarism, and cultural supremacy all in ways the Left would agree with. I think that mostly stemmed from my desire, still currently, to seek out objective reasons for my criticisms or support and at that time, I felt much of the issues on those specific topics were arbitrarily reasoned by conservatives even though I was right leaning on other issues such as political correctness, racism and sexism. I felt most of my opinions were conservative, but the few that weren’t held me back from declaring myself conservative.

I think the true walk away moment for me was for like many, when President Trump got in office in 2016. Both my parents supported Trump, but I was still skeptical about him. I didn’t know anything really about the man, and was worried he would make the country look bad being a celebrity and that he wouldn’t care about the middle class with him being so rich. The day he got in, I now admit with much embarrassment, I was not truly, but almost swept up in the panic over Trump! It wasn’t because of any strong feelings about Trump being wrong, but more just absorbing some of that atmosphere of hysteria! However, the story changed one he did get in and started making real change. The improvements our country has seen, and Trump’s fight for integrity in this country has changed my mind about him and alleviated my initial skepticism about him. Not to mention, and this is a big one, the Left’s insane meltdown!!! The Left since Trump got in, has become far more radicalized than before Trump came on the scene! Their meltdowns, vitriol, hypocrisy, and complete brainwashed lunacy came to the forefront in ways I haven’t seen and made me decide I was NOT one of them! By the time a year rolled around, I was confident enough to identify as a social conservative. That is also the time, not so coincidentally, I started A Lady of Reason 🙂

In the interim between then and now, I’ve witnessed the insane denial, hypocrisy, lack of integrity and outright lies by the Left! I now know what it is like to feel like you have to hide oneself in fear of ostracism, even violence. I’ve seen their denial of the dangers of open borders, and cultures that denigrate our values of democracy and equality and the price of tolerating that in our country. The threat of radical extremist terrorism is real, and any religion who is a part of that needs to be scrutinized. I’ve seen how the Left denigrated our military and country and decided it wasn’t fair nor justified. I know now that we can’t be weak anymore, and must have a strong military and assertive stance with our enemies such as Trump is doing. Most importantly the reason why I am conservative about many issues I was left leaning on is that I found objective reasons to feel that way, which back in my teens I didn’t have before. The most recent events leading up to the midterms only solidified my resolve not to lean Left. Kavanugh’s MeToo witch hunt brought out the very worst in the Left. The caravan situation is showing the world the precedent it will send if we let them all in. The internet censorship has gone wild to try to influence the votes. Violent mobs are terrorizing people, screaming in people’s faces, harassing them, sending them death threats etc… That only strengthened my resolve and alienation from the Left. In essence, the Left lost my respect, so their positions are now seen with a heavy grain of salt and much scrutiny!

Since 2016, I’ve only walked further and further away… I don’t think my journey into being conservative is over yet, even now. My views will still grow and evolve with time and circumstance, and even though I was never a strong liberal by any means, nor even identified as liberal, I am proud to say I walked away! 🙂 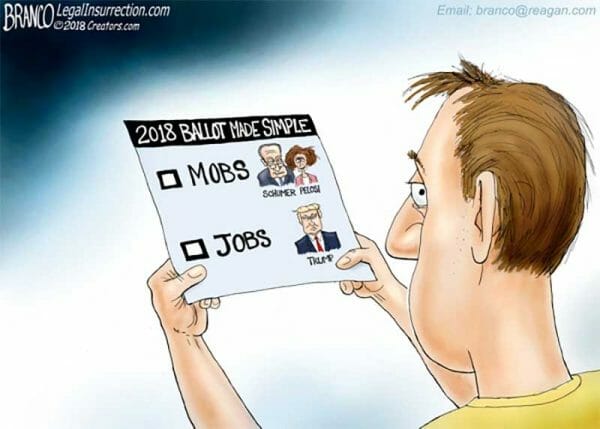