Veteran’s day is a day to remember the valiant defenders of our country! Through their sacrifice and bravery, we can enjoy the freedoms that we as Americans cherish and are able to set as an example to the world! Our armed forces have defended us on land, sea and in the skies to ensure each and every one of us is safe and protected! We must not take that for granted, as in many other places, safety, as we can well see just by turning on our TV’s, is not a guarantee for most of the world!

The have-nots want what others have, it’s just human nature. It’s also human nature however, to take what one wants by any means possible, often unethically and through force. “Might makes right” for the majority of the world is the rule of thumb. However, in countries such as ours and others, diplomacy and democracy are the better path of choice. We strive for peace, but go to war to defend ourselves against others who want what we have. Our riches, our goods, our technologies, our job opportunities, our social advancement etc… but ironically often not our values! No, they seek to impose their own values, ones of “dog eat dog” and inequality and “might makes right”, while reaping in the spoils of what our values enabled to happen such as our groundbreaking technologies, the strong rule of law, our better standards of living, our job opportunities, and yes, annoying to admit: our welfare handouts and resources! The splendor and opportunity, the “American Dream” is seen by some as something not to work for and earn, but to take by force! To reap the spoils without working to sow the seeds (such as democratic values and creating higher standards of living) themselves!

Yep, we are not safe unless we have a strong defense! Something to say to the have-nots “You can’t just come in and take what is ours and spit on our values in the process, you have to WORK to achieve what we have. You have to make your own country a better place, not take ours and what WE worked hard to earn!” A message must be sent that America will not tolerate others just coming in, whether illegally or militarily to invade and leech or destroy us! This is where our armed forces come in: to send just that message! A skilled formidable army with the latest in military technology deters weaker countries and would be attackers to think twice before messing with us 😉

Before you say we’re not being threatened, and not in some major war, just look at what has happened recently! Acts of terrorism, ISIS on the rise and threatening to invade us any way possible! The whole region of the Middle East despises the West and America and couldn’t care less about our welfare, though many Lefties go out of their way to take pity on them! Telling huh? That we’re the ones concerned about the less fortunate around the world, yet they can spit on us and our values the minute they step into this country and no one bats an eye! They can live off welfare, drain our schools, take our jobs, and bringing more 3rd world lifestyles of “dog eat dog” leading to more crime, treating women and children and anyone who is different from their group as badly as they may have been treated back home, demanding their own laws to live by etc… and we’re supposed to tolerate that in order to be a benevolent nation! By being eaten from the inside out so to speak, or that “Giving Tree” in the famous novel that gave its entire self away! Why do you think people could pull off 9/11? The Boston Marathon Bombing perpetrators were on welfare and were given free handouts! Just take a good look at Europe being invaded already by 3rd world migrants being all the above mentioned, plus even more acts of terrorism from groups like ISIS!

Don’t think for one moment we as a country can be complacent! Europe is just like us in many ways! Good economies, good standards of living, good values of democracy and equality as well. Their countries are our allies! But that didn’t stop them from being invaded. Women being raped, jobs being taken, crime up, people stabbed, shot and even run over in many cities across places like England, Belgium, Germany, France etc… It’s no longer truly safe to visit these beautiful countries anymore 😦 They can easily be us in a heartbeat if we do as they did and became complacent in their take over. Our military is on the front lines (literally) watching for and stopping threats!

And I almost forgot, it’s not just little 3rd world nations out for us! Powerful nations, such as Russia, north Korea, China even, are watching us very closely. We’re a “frenemy” at best, and a rival! They may not invade like WWIII, but we grow weak, and they will take advantage. They may not be out for us because they have not, rather they are not democratic, and view us as weak and they can push us and take what they wish from us if we let them! Corrupt dictators and regimes are like that for the most part… If we don’t show them they are meeting their match, that we are their equals, they will not respect us. Trump luckily, is making progress diplomatically rather than military because of this principle! Indeed, showing our strength will not automatically lead to wars, but can prevent them, letting diplomacy take the lead instead!

A show of strength in our military does not lead to an overbearing military state and martial law! No! In just the right amount, not too little, but not too much either, we can show the world we want peace and diplomacy, but will fight the fight if needed and have what we need to crush our enemies! Sadly, some people just understand brute force… Diplomacy doesn’t work and is construed as weak. Negotiation is also weakness and groveling to some. For those narrow minded people who cannot be reasoned with, we must sadly show force to stop force. Luckily, many nations will listen to diplomacy and negotiation as long as they know we are formidable and this is the best, most efficient way to deal with us. It’s when we weaken and feel like we’re too big to be touched, too safe, it couldn’t happen here, does disaster strike! It CAN and DOES happen here! Just look at 9/11!

Those who say our military is too strong, that we must scale back, disarm and live in a pacifist way are dangerously naive to how the world works! Do I want us to be war-mongering militants??? No! Certainly not! I’d choose every possible option for a peaceful outcome to solving disputes over war any day and use war only as the last resort! I’m NOT advocating for a trigger happy country where we push the nuclear button over trivial matters! I agree war is an ugly ugly thing and is a lose-lose for all sides’ people. However, as long as there are war-mongers, who hate us, and want what we have by force, we must be ready to defend ourselves! As we ought to defend our homes from a burglar in the night by any means necessary, why not our country, as is it not all our home collectively??? Empowering our military does just that: protecting our country from those who would take everything we have and hold dear!

My final message to everyone is, never take for granted how lucky we are, and that there are millions who want it and will take it if we don’t stop them! Thank, appreciate, and honor every soldier for their service in helping us stay American! Trump may make America great, but our military truly KEEPS America great 😉 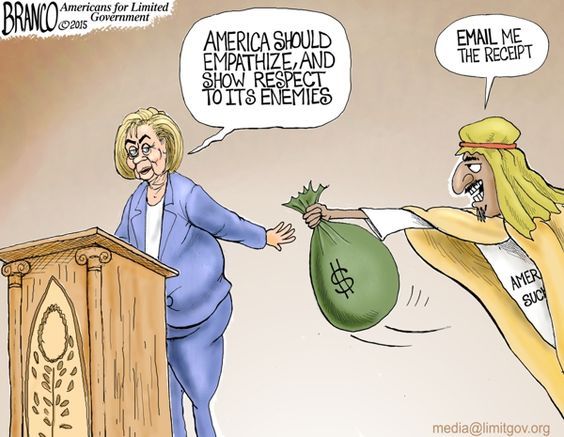 15 thoughts on “We Need A Strong Defense…”