The Common Man got a rebuttal for his article “Whatever Happened to My Party?” from a Left leaning detractor. As A Lady of Reason welcomes civil debate, I posted her comment in the comments in the article itself, but Dems are Dumb offered some counterarguments to her rebuttal. Here is Dems are Dumb’s rebuttal to her points… The original headings from the detractor have been preserved. Dems are Dumb does not address two points, so I chose to omit them. His rebuttals are in RED:

The borders are wide open:
How do you think most illegal immigrants get to the United States? Over half of illegal immigrants arrive on a travel visa and just never go back, or arrive via border crossing cards and never go back. Our borders are more secure than they have ever been, and this is backed by statistical scientific findings. Also, illegal immigration has been steadily decreasing since 2005. Immigration from Mexico has decreased by 57% from 2008-2012 (Pew Research). Fact: The borders have never been so secure. There is no indication that people coming illegally are being allowed to vote. If and when this is happening it is a clear case of voter fraud. A more serious issue is Russia hacking into our voting machines, and influencing our political discourse. (I agree that a significant part of illegal immigration is from those who overstay their visas. I question those studies that indicate they outnumber those who cross the border illegally because I am skeptical of our ability to determine the latter figure. Ranchers who have land on the border and others see illegals crossing in significant numbers regularly but achieving a reasonable estimate of their number is guesswork especially given the active attempts to cover up their presence in sanctuary cities and elsewhere. If we can’t count them, how can we tell how many there are? As for the numbers going down, doesn’t that reduction in illegal immigration cited above coincide with the rise of sanctuary cities and other efforts to frustrate the counting of illegals? It reminds me of the famous “body counts” in the Vietnam war that proved to be wildly inaccurate. One other distinction between those who overstay their visas and those who enter illicitly is that there is some vetting as part of the visa process to exclude dangerous criminals and terrorists. Even if someone so vetted overstays a visa, they pose less danger of crime or terrorism because of the vetting. Regardless of the relative numbers, the potential risk increases with the lack of vetting. As for the claim that there is no indication that illegals are being allowed to vote, anyone claiming that hasn’t been following the reports of the many instances where they have been allowed and indeed encouraged to vote. As for Russia hacking into our voting machines, then President Obama stated just before the 2016 election that it hasn’t happened and couldn’t happen. If the FBI knew of it, I find it difficult to believe that they didn’t bother to inform the White House and I am skeptical that there exists evidence of it and the special prosecutor just hasn’t decided to announce it yet. As the saying goes: “You’re entitled to your own opinion but not your own facts.”)

Enemies of the state emboldened by the left:
Like Russia is emboldened to meddle in our democracy and has not been condemned by the current administration? Like pandering to Kim Jong Un and treating him with more respect than our European allies? Like pandering to the Prince of Saudi Arabia, and just taking his word? When Saudia Arabia has produced those members of Al Qaeda that our government sanctions and gives a free pass to? I would say there are plenty of enemies of state emboldened by the right as well. (As regards Russian meddling, vide supra. Now as for the “pandering to Kim Jong Un” is this coming from the same anti-Trump people who criticized Trump for calling Kim “Little Rocket Man” and reminding him that although Kim might have a button, Trump’s was a lot bigger. Somehow, I missed the reports of Trump saying anything similar about our European allies. I assume that the comments about the Saudis refer to the death of Kashoggi. The sentence immediately following the criticism of Trump’s alleged pandering to the Saudi Prince takes him to task regarding the members of Al Qaeda whom the Saudis “gave a free pass.” That seems like another attempt to have it both ways. Kashoggi was a member of the Muslim Brotherhood terrorist group, an admirer of Bin Ladin. He was a supporter of Al Qaeda and ISIS. He was more than just an journalist. To me it appears that the worst that one can say about the Saudis is that they expired Kashoggi’s “free pass.” We use drones, they chose a different method. Also, the current Turkish administration has a pretty bad record regarding journalists. Is the left criticizing Trump for pandering to Erdogan? How about China?)
Obama is a far left Globalist:
I am a moderate conservative, and I was not a big fan of Obama, because I felt that he was too conservative and didn’t change anything very much from the Bush era. Globalist, maybe. Far left, no way. (Sorry fella, but saying that you are a moderate conservative who felt that Obama was too conservative just doesn’t pass the laugh test. If that’s your position, you obviously have a different definition of “conservative” than most of us who call ourselves conservatives use. I suspect that you are so far to the left that you think that you are in the center. I suggest that you have a few conversations with some real conservatives to get an understanding of how most of the country understands the term.)

Far left liberals resorting to increasing violence:
Factually both the far left and the far right are resorting to increasing violence. (Check out the recent riots in Portland, OR. The right has no counterpart acting on anything like the scale of Antifa. One doesn’t see the right mobbing politicians and bureaucrats at restaurants or in the halls of Congress. I would also suggest that it isn’t just the far left. People high in the Democratic party support and encourage it, for example Maxine Waters, Keith Ellison and Hillary Clinton to name just a few. In addition, the Mayor of Portland Oregon encouraged violence by preventing the police from protecting citizens from Antifa rioters. If you encourage the mob you share responsibility for their actions. You don’t see anything like that from people in authority on the conservative side.)

The nation has been polarized since the 2016 election:
Wrong. The nation has been becoming increasingly polarized over the last two decades. Some argue that it began with the 24-hour news cycle (Fox, MSNBC, CNN). (I agree that it has been increasingly polarized over the last two decades however the rate of increase has gone up dramatically since the 2016 election. Where was Antifa in 2008 and 2012?)

Democratic party controls the media:
No, they do not. News can show a definite bias, and that is something the reader needs to be aware of. One thing I think is really great here in Norway is that a newspaper or tv news has to pay a fine if they print/broadcast anything that cannot be factually backed up. Maybe try reading foreign press in regards to the US. Most of Europe is strict about reporting factual based news, and calling out non factual. (While the party might not actually control the media, the media is dominated by those who share the Democratic party’s agenda. During the Obama administration, they were caught agreeing to use administration talking points for their news stories. As for Norway’s fining the media for what they publicize if they can’t back it up factually, doesn’t that indicate a degree of government control over the media? Who decides if it is backed up? How many stories critical of the government are killed because the media is afraid to tangle with bureaucrats who have the power to fine them. From my own experience working in a (non-media) business highly regulated by the government I know how much power the threat of sanctions gives those bureaucrats. Consider this, a media outlet might be able to challenge government fines in court but they still lose because the government attorneys are paid for by the government but the media outlet must hire their own attorneys. That means that even though you beat the fine in court, you are still out the legal fees which often are more than the fine. ( if you don’t believe that, you’re lucky because you’ve never had to hire a lawyer.) Such control can be insidious. While the government might be inclined to fine someone for a news story critical of the government, they would have less incentive to do so with a story critical of the opposition. Similarly, they would have incentive to go easier on a newspaper or broadcast station that generally supports the government than one who is more often critical of it. Although you can readily see where the government chose to impose a fine, the cases where the government could have imposed a fine but didn’t are less apparent. Reasons for that forbearance generally are invisible because such cases are unlikely to be challenged in court, but those regulated will get the message. It’s like having a baseball umpire that is part of the home team. It’s hard to avoid the suspicion that whether he calls a pitch a ball or a strike isn’t influenced by his support for his hometown.)

The Third Reich started controlling what people saw and heard:
This only happened after the Reich won the peoples’ trust. Before they were able to control it, they had to poison the peoples’ minds against the press (hence the use of Lügenpresse, or lying press). Hitler launched a huge campaign to his rabid followers that they couldn’t believe what they were seeing, hearing, and reading (fake news). He told the truth, everyone else was lying. He was charismatic enough and had a following that had blinders on to everything besides him as a leader. Only then was the Reich able to actually control the media for propaganda purposes. (Hitler’s voter support peaked around 36-37%. He came to power in a coalition and he had street thugs similar to Antifa to support him as well. Once he controlled the police, he could let those thugs attack anyone who spoke against him (by the way, similar in kind though Hitler’s SA acted to a much greater degree than Portland Oregon let Antifa run wild.) Also, the concentration camps for political opposition opened early in his rule. It’s questionable how much he won the people’s trust and how much he won their fear. He promised much to the German people as well as made sure that they, disarmed and helpless to oppose him, knew that there was a stick as well as a carrot. That didn’t require general trust, just control over the government. If you don’t believe that the threat of violence can inhibit the press, I suggest that you ask your local paper to put on a “draw-Mohammad” contest and see what their reaction is.)
Anyway, I wanted to point out that by seeing one side as being inherently right/good and the other side as being inherently bad/wrong, you are a part of the problem and not the solution. (I agree that neither side has a monopoly of being right, but then again, you can say that about most any conflict. I suggest that the question isn’t who is 100% right but who is better at transferring power from the government back to individuals. After all, the individual is the ultimate minority.) 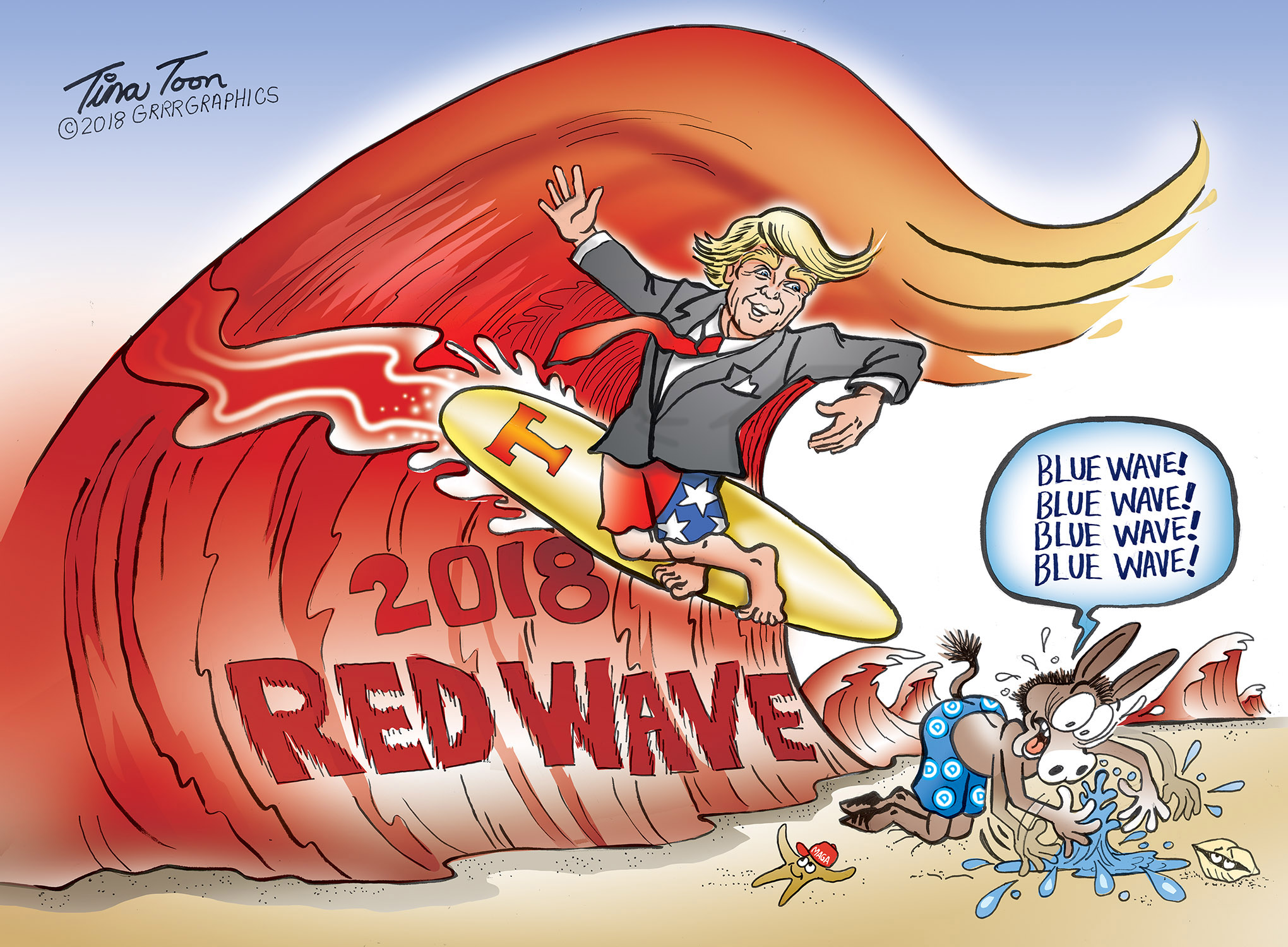 Stay tuned for The Common Man Himself!!!

10 thoughts on “The Common Man Gets a Rebuttal Part I: Dems are Dumb Responds”