This #WalkAway story is from another Twitter Follower named Deb who like many, originally weren’t all too political until the Left got more and more loony! This is her story:

Ok. My real name is Deb. I grew up in a small town in Iowa. Born, raised & still in Iowa. My parents had 4 kids. I married in Feb 1978. We had 2 daughters, one born May 1984, the other Nov 1986. March of 1990, my husband was in an auto accident that caused severe head injury. Unfortunately it caused a total change in him. He had been a loving husband & father. He became abusive and hateful to me. He then also became hateful towards our daughters. In January of 1992 our divorce became final. I’ve never remarried. Today I am 59 yrs old. I have 4 grandchildren. Jordan is now 14, Jason is 11, Hayden is 4 and so is Zayden. They’re my life! 💜

I don’t remember being overly political. I did register to vote a few years back, finally. I am registered as an No Party person. The 6 years I have paid more attention to stuff going on. Finally!! I had an Uncle and Aunt that lived in Arkansas, back in the days of the Clinton crime family running things down there. So, I had heard things. The more I paid attention the more I noticed. During Obama I started getting fed up. By the time Obama was going to be leaving, Hillary was running. . I was a Ted Cruz fan to start. When it came down to Hillary or Trump, it was Trump I voted for. No regrets!! I joined Twitter to be informed on politics. No way the media today gives you the real story! I have learned so much! The corruption in our government – Democrats and Rhinos alike, it’s enough to make a person sick! The Human Trafficking, Child trafficking, the Illuminati, about Pizzagate, that Hollywood, the music world their all terrible people. Adrenochrome their drug of choice and how they get it. I pray, for my daughters & grandchildren’s sake the MAGA movement persists and America can be saved. I’m not racist. I grew up in an all white community, I am white. My 4 yr old grandson is half black. Illegal aliens I see as a big problem. They have become over whelming. In Iowa… Factory farms (pigs, chickens). They have child after child after child!

I am not afraid to be openly conservative. To me, it’s the best bunch. I see such hatred from the left, I just cannot imagine how or why anyone can view that as ideal. My parents, in their 80’s do not use computer so their news comes from the likes of CNN.

I hope that any Conservative who is afraid to come out will eventually! I have never lived anywhere else but small town Iowa. I do see bigger cities might feel safer to be careful. I hope that all changes.  Keep up your wonderful writing, getting the word out!

Thank you so much Deb! Your voice is invaluable and we need more like you speaking out! Thanks for sharing your wonderful story, and you’re right: We all should come out eventually! I just hope that this country becomes accepting enough we won’t need to hide behind pseudonyms online, but speak truth to the world we live in personally too! Until then, you’re more than welcome to speak your voice on my blog anytime 🙂 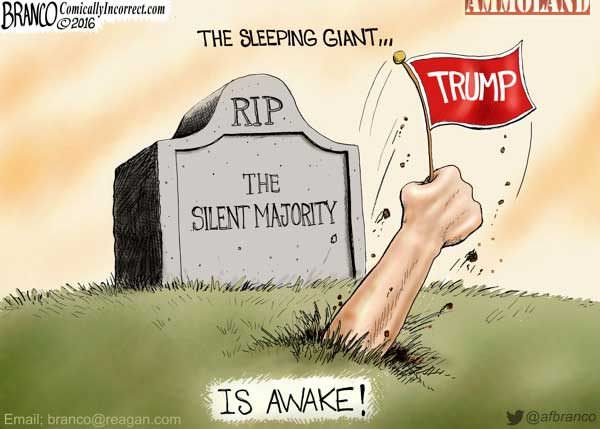