Safe spaces and trigger warnings are a common liberal topic. Their defense of such concepts is that everyone can’t handle every subject matter or situation, such as those with PTSD or trauma. To them, a safe space or a trigger warning is a “way out” of an uncomfortable or traumatic situation without shame or embarrassment. In of itself, the ideas seem pretty reasonable, as no one should be forced into a situation they’re not comfortable with or brings up past traumatic experiences, but often, these ideas go too far and become too extreme. I and many other conservatives, while agreeing that it’s okay to remove yourself from an uncomfortable situation or experience, forcing others to go out of their way for you to do so, such as censoring others from unpopular ideas, or from making their own choices, crosses the line into being objectionable. What many liberals fail to see, is that it is on you to be responsible for removing yourself from the situation, not demanding others to conform to your needs! If you can’t handle something, it’s on you to handle it in a way that’s best for you, not impede others from making their own choices. This sense of entitlement basically says “the word has to adjust to me and my needs!” versus adjusting yourself to the world as it is, even though it’s not the perfect world you want it to be. Just because you object to an idea, or a subject makes you uncomfortable or brings up negative personal experiences, you have no right to feel entitled to stop others from hearing or being exposed to it. A common example of this clash is within parenting.

Many parents, well intentioned, have the philosophy of keeping their children in metaphorical bubble wrap from the real world and its issues. They want to protect their children’s “innocence”, and to do so, they crusade to make the world into a giant “child 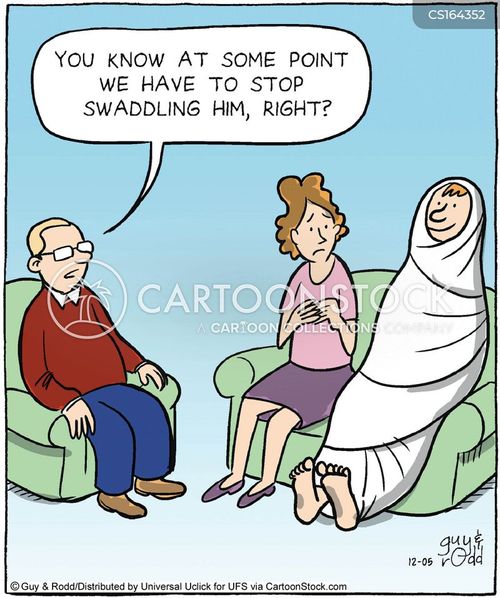 friendly” play palace! They’re the ones that rant and rave and call for bans on TV shows, books, and movies for not being “child friendly” enough, of course, by their own personal parenting standards, not on some agreed on objective definition! Basically, if anything exists that is not in line with their personal parenting opinions, they call for it to be changed or banned without considering other families might make a different choice than them. While they claim to do it to keep their kids safe, number one, is it really keeping them safe by hiding the hard topics in life from them? and number two, your crusade to ban or censor something reaches beyond just your kids, but everyone else’s kids as well! What on Earth made you think you are entitled to parent everyone else’s children?!

A specific example of this sense of entitlement to force the world to conform to your personal tastes is the moral panic over the TV show 13 Reasons Why. Parents, and many school districts, have gotten onto the moral panic train, and claimed that the show handles suicide irresponsibly and is dangerous for at risk youth. In addition, it touches explicitly on topics like rape, bullying and violence. I am not denying that the topic of suicide was not treated in the way trained professionals would have liked, or that the message didn’t have its flaws, but does that give us a right to censor it or make it conform only to what the “right” message is? Does every single piece of fiction have to conform to the best practices in reality? Yes, the show may not be the best role model for your teen to do in real life, but what about all the other TV shows out there? Whatever happened to the phrase “it’s just TV, not real life”? Censoring every piece of fiction to conform to what some people think is the “right” way to handle problems in life is unfair and extremely entitled as then you deny others to make their own choice about what they get out of the story. 13 Reasons Why may not send the best messages out there, and many other shows for kids and teens may not either, but why not teach your kids to discern fact from fiction, rather than censor everything you disagree with and not let others make the choice for themselves? Yes, kids are malleable and influenceable, but it is your job as the parent to set them straight about reality, not the TV producers! Censorship of the media and literature is a very, very slippery slope, as what is deemed the “right” message, for your kids, for your citizens, for the world, is subjective. Confronting harder ideas and controversies does far more benefit than censorship and bubble wrap. Forcing others to bend to your personal interpretations of what is the “right” message is appalling. If you don’t like 13 Reasons Why, address it with your family, don’t complain to the producers, your school district, the world etc… to browbeat others to conform to your choices. It has a right to be put out there as much as any other media in a free society.

Of course, this isn’t solely a parenting issue. College students demanding for ideas to be censored because they’re unpopular, or not PC have the same sense of entitlement that the world must cater to their personal needs, rather than them learning to adapt to the world. Demanding therapy animals for the stress of finals, crying rooms, crayons, trigger warnings before assignments, etc… all making the colleges and universities go out of their way instead of you simply removing yourself from the situation, or learning better

coping skills are some examples! Academics can be tough. It’s not easy all the time to study for big high stakes tests, but everyone does it to go somewhere in life. It’s not always comfortable to have your deeply held beliefs challenged in class by your professors and peers. Sometimes, you will be assigned readings that may shock, even offend you at times. Stuff you can scream “I disagree!” in your head as you read it. Believe me, I’ve been there too! But, does that mean you are entitled to censor it so you can feel comfortable? By doing so, you’re depriving everyone else of the right to make their own choice in what they can and cannot handle for themselves. Demanding trigger warnings, or a changed reading list for a course inconveniences others around you. How simple would it have been to simply remove yourself from the situation or switched out once you knew a certain book would “trigger” you? And no, I don’t mean have the professor put a trigger warning on the book, actually research the subject matter yourself and decide if the book is okay for you beforehand! It would be great if you could open your mind to a new uncomfortable idea, get through it, and gain personal growth and confidence as a result, but if you want to stay in your “safe space”, don’t put it upon others to go out of their way to make one for you! People who demand the world change to be more in line with their needs are not nearly as successful as those who adapt to the world as it is.

Certainly not the last example, but a more tricky one, as I genuinely don’t want to belittle the trauma and hurt a painful experience is for those who have gone through traumatic experiences. While I acknowledge the need to have time to heal from trauma, or not be reminded of it all the time, there is only so much that is fair to put on others for not “triggering” you. Even if what they say offends you personally, or is in fact, insensitive to people like you, does your experience trump their freedom to say what they please? Or say, you know someone with mental illness or tried suicide. Who says you’re entitled to forbid the entire planet from ever using the word “psycho” again in contexts not relating to your specific loved one, or even mentally ill people at all! Just because someone says “I want to die” in jest over a mild embarrassment doesn’t mean they have ill will or callousness toward actual victims of suicide! This sounds harsh, but just because you have problems and carry deep baggage doesn’t mean you are entitled to force everyone to carry it with you and make their words as weighty as they are to you. It was not fair you had to be a victim of trauma, but there’s no going back now. The best one can do is think of it like a chronic condition, it’s always there, but it is on you to manage it and make it livable. Not everyone else. Do we demand others give up sugar simply because some people are diabetic? Why not ban peanuts since some people can have life threatening reactions to them? Should others be put upon for your individual needs? Just because you can’t look at things the same way others who haven’t been through what you have do, it shouldn’t mean they too must see the world through your eyes. Your personal baggage is your responsibility to live with. The whole situation is unfair, and you didn’t deserve one bit of it, but neither did diabetics, or people with life threatening allergies. But they aren’t out to ban sugar or nuts for everyone simply because they can’t have it. Words and ideas are the same. Just because they are painful to you, doesn’t mean they have to carry that deep weight for the rest of the world.

There are plenty more examples, but these are some major ones. The overall message I have is stop feeling that you’re entitled to make the world bend to your needs! Your college courses, TV shows, movies, things others say etc… do not have to cater to your personal subjective opinions. Other people have the liberty to make choices for themselves about what they think, what they can say, what they watch or read and such, and by calling for bans or censorship, you deny them their right to express an opinion as well. If you’re not one of those people, know I’m not talking to you directly. “You” means all the entitled snowflakes who think the world must cater to them, instead of adapting to the world and taking accountability for knowing themselves and their own personal limits. Whatever happened to common sense and reason? You are in control of how you react to things and what you put yourself up to. It’s okay to tend to your needs. What’s not okay is making everyone else go out of their way to cater to them. 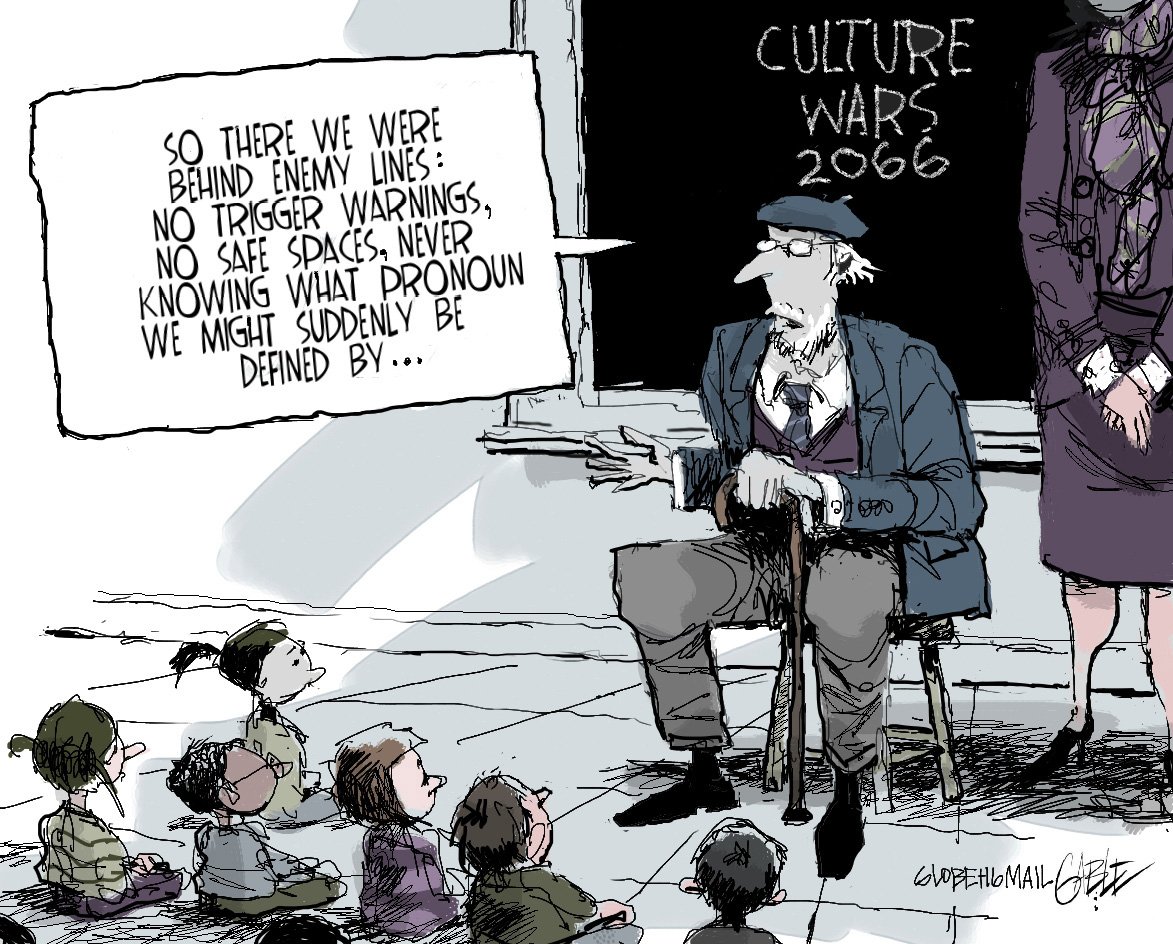