Modesty is one of those subjects fraught with controversy, not just from the non-religious, but even within religious ideas. The issue is, what exactly is to be defined as immodest? Many women in Christianity and Judaism usually require skirts at or below the knees, and higher necklines. Just how high or low those articles need to be is yet another point of debate. sleeve length or sleeves at all is another question as well. Make up yet another… Muslim women have a stricter interpretation and often require dresses to fall to the floor and hair to be covered, although there are references in scripture for all 3 religions for women to cover their hair at certain times. Of course, other cultures have different idea of what part of a woman’s body should not be seen at all, but here I want to focus on women in Western culture. Due to all the subjectivity and inherent arbitrariness from culture to culture, many non-religious women have shunned the concept of traditional modesty arguing it sexualizes women’s bodies and is a way for men to control women. Indeed, the “sexual revolution” and modern liberal feminism urges women to dress more provocatively in order to be “liberated”. They argue that women should dress in literally whatever they please, but hypocritically, criticize women who dress more conservatively. This is also the attitude mentioned in the last post from The Virtuous Atheist that makes women believe that they can dress provocatively and pretend to be “easy”, but then are in total shock when a man takes up the offer and call it sexual assault.
I argue that there is still a place for modesty in a secular world. One does not need a religious pronouncement to realize the more beneficial effects of dressing more conservatively. While what constitutes modest dress may vary, the ideals modesty conveys are objective. The key ideals are that a woman who wears modest dress is not “easy” and looking to hook up with any man that lays eyes on them. They are not signaling their desire for sexual attention through provocative dress, flaunting their body advertising it to be a man’s “sex toy”. Modest dress signals to men that the woman who wears it has higher standards and desires a man who will respect her for it. Also, modesty gives the idea that women can be valued for more than their bodies. While provocative dress draws attention to the woman’s sex appeal, modest dress can be appreciated for its own beauty and lady like grace, and more attention can be focused on the woman within such as her personality, her intellect and her morals.

In light of this, I wanted to propose some of my own personal guidelines, not as a “must have” for all women, but another idea in a sea of ideas about modest dress. Some women may disagree with some of my assessments and conclude some are still immodest, and that’s okay too. I welcome all women who value modesty on A Lady of Reason from those who cover head to toe, to those in the middle. That said, my general guidelines are dresses and skirts that reach just above the knee, to below the knee preferably. Some dresses and skirts could be slightly higher if solid tights are worn underneath for younger women and girls. The neckline should not show cleavage and preferably be higher up. However, I think a v-neck can be done tastefully as well, as long as none of the breast is exposed and cannot fall out. I prefer sleeves as well, 3/4 to full length, but at more fancy formal events, no sleeves can be tastefully done as well. I also created a list of factors in determine what is modest too.

1. Culture: One’s culture often dictates what can and cannot be seen. For example, in Western American culture, a woman’s breasts cannot be exposed. Women cannot be topless like men. Various cultures have different requirements for decency.

2. Religion: Many religions have guidelines on what is modest, as mentioned before, many conservative Christians and Jews like high necklines, sleeves and dresses and skirts below the knee. Muslim women often prefer full length dresses, long sleeves, and veils covering the hair and neck. Some even cover the face.

3. Personal Values: One’s personal values can be conveyed in how one dresses. Like I mentioned before, modest dress conveys a sense of lady like grace and higher standards. It can also be used as a statement, which I’ll elaborate more on later, conveying a sort of “protest” or counter revolution to societal attitudes of today.

4. Age: Most guidelines permit more relaxed interpretations for young girls and women. Before a girl reaches puberty, I would argue that modesty, while being important to learn from a young age, is not as essential as for a woman of sexual maturity. For example, I believe that shorter skirts and dresses can be done tastefully on younger girls and women especially with tights underneath. More mature ladies, especially married women, should dress more conservatively and have dresses and skirts at or below the knee and more loose in form.

5. Occasion: What is modest for one thing might be immodest for another. This was even seen in the more “prudish” eras of history. Women who were expected to cover head to toe during the day were allowed gowns without long sleeves and lower necklines for evening wear. I think for a formal occasion, the same could apply and be done tastefully, as long as one does not completely forget themselves! Slightly tighter fitting dresses and skirts can be still tasteful if they make up for it in a modest length. Necklines can go a bit lower as long as no breast is exposed. Also, places like the beach for example, and recreation and certain jobs should allow more flexibility. A modest cover up can cover a more immodest bathing suit, certain work or sports uniforms might need to be tighter on the body for safety.

6. Context: Where are you? At work? Your house? A party? Different standards may apply to all those places. What is appropriate for lounging around at home in private may not be for work or in public. Also, I want to note a not as thought of point, but of concern to many modestly dressed women: Medical exams. I believe that since it is strictly in a medical context, and not a social or sexual one, it is permissible to expose the private areas of one’s body for examination if needed, such as a gynecological exam or a mammogram, or to expose a shoulder for a vaccine or a chest or abdomen. The main rule is to assert that only the area in question be exposed and nothing beyond what is strictly necessary. Female doctors can be a solution to many concerns, but a male doctor not necessarily be seen as a transgression in modesty and decency in a strictly medical context. I would not think you are a “loose” woman for getting one’s health taken care of 🙂 One should be more guarded though when lines are blurred, such as a social setting.

Overall, while modesty can be more subjective, the objectivity of its message for Ladies of Reason makes it compatible with a secular worldview. 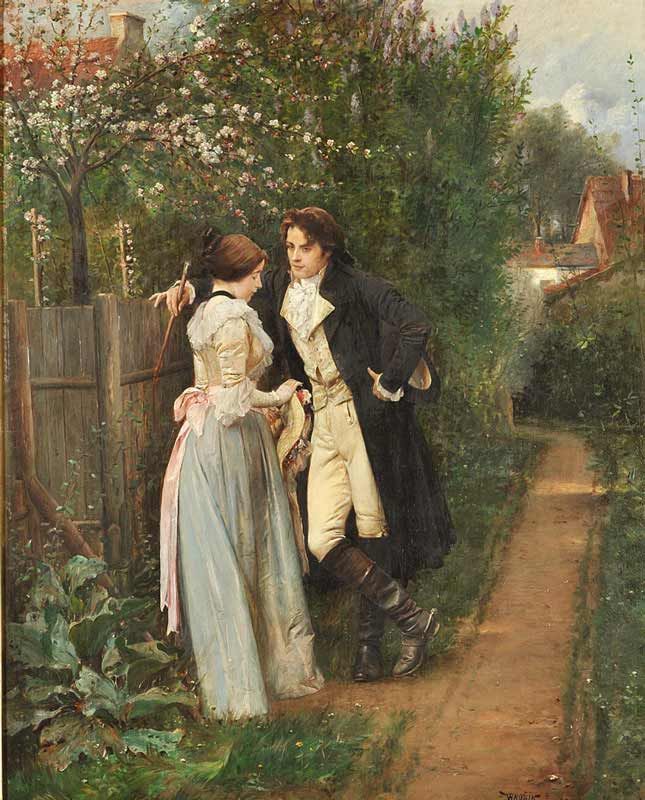